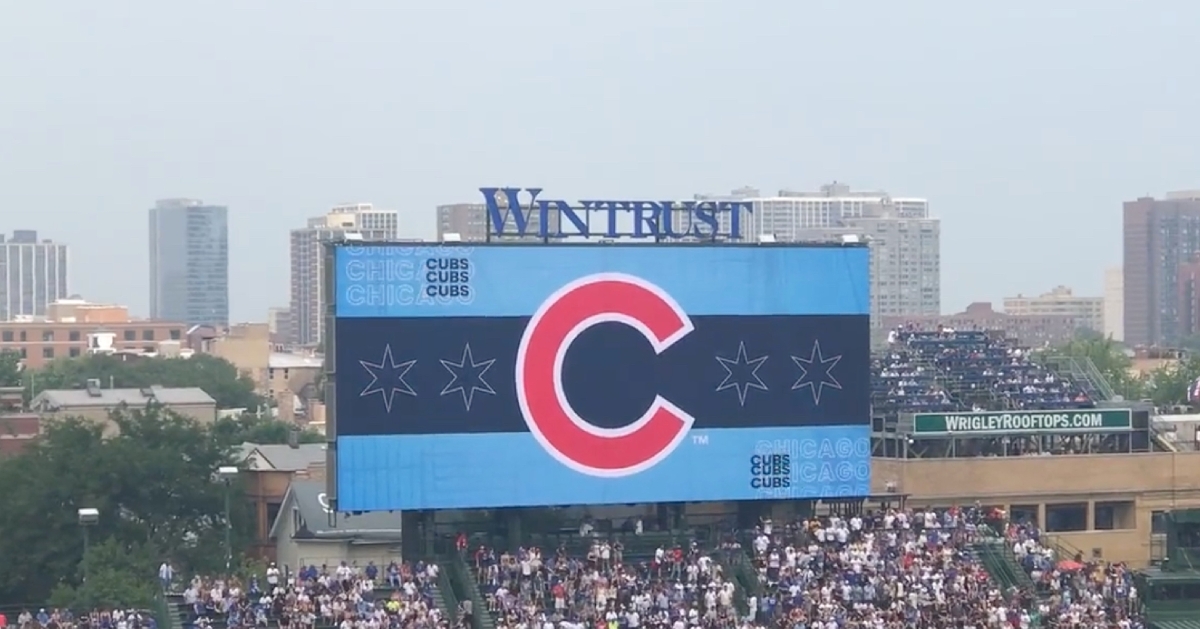 A new pregame hype video was unveiled at Wrigley Field for the 2021 Crosstown Classic.

CHICAGO — After blowing up the roster at the trade deadline, the Chicago Cubs wisely decided that a pregame hype video with the theme "Cub Together" did not exactly work anymore, so the club debuted a new video at Wrigley Field this weekend. The hype video made its introduction at the Cubs' Crosstown Classic series against the Chicago White Sox.

The new video played on the videoboard at the Friendly Confines, and none of the players who were traded away at the deadline appear in it. Instead, the hype video is centered around the players still on the roster and features a bevy of crowd shots. The Cubs logo presented in the middle of the Chicago flag caps off the video, which can be watched below.

Cubs have debuted a new pregame video intro this weekend, the first home games since the trade deadline. No more Cub Together theme: pic.twitter.com/3sDfsakJdD