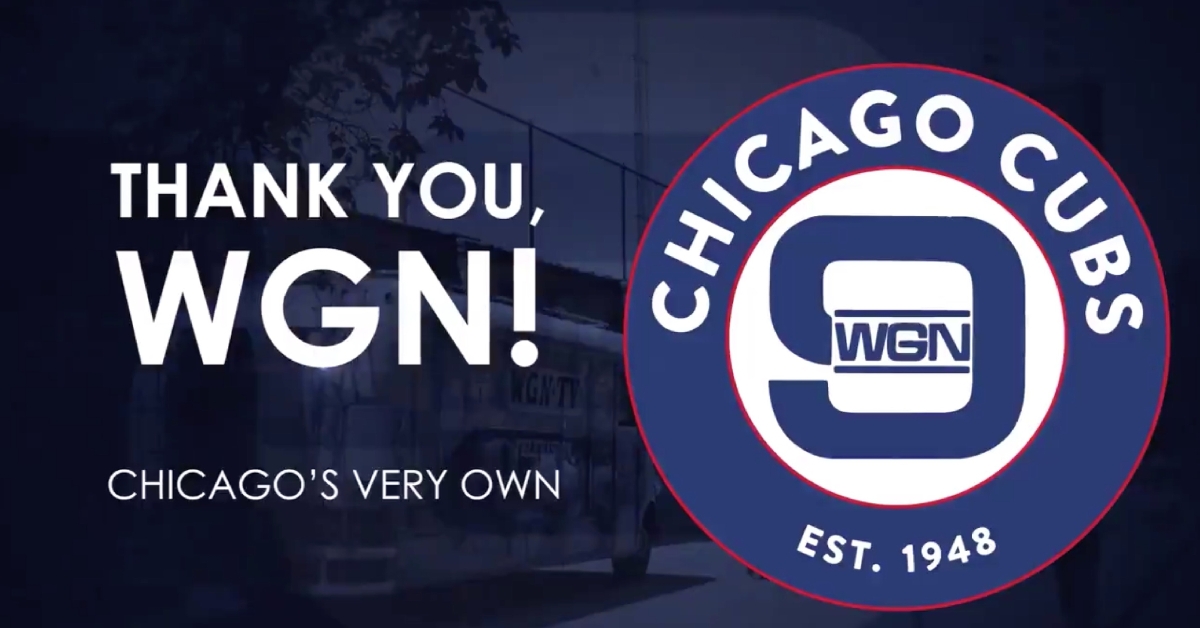 WGN-TV's broadcast of the Cardinals-Cubs matchup on Friday night will bring an end to a 72-year era.

ST. LOUIS — WGN-TV's long run of broadcasting Chicago Cubs games is coming to an end on Friday night, with the matchup at Busch Stadium between the Cubs and the St. Louis Cardinals serving as the final Cubs broadcast on WGN. After 72 years of airing the North Siders, WGN will no longer broadcast Cubs contests, as the incoming Marquee Sports Network will air all non-national Cubs broadcasts beginning next season.

In honor of WGN's 72 years of service, the Cubs released an extensive highlight reel on social media with all of the best footage from WGN's numerous Cubs broadcasts. From the black-and-white video of WGN's early days to Harry Caray sightings and highlights from recent seasons, the video is essentially the Cubs' parting gift to the "superstation" that introduced countless baseball fans to the Cubs.

WGN also released a video on social media of a touching tribute to the channel's longstanding commitment to the Cubs. Radio broadcaster Lin Brehmer of WXRT Chicago provided a voiceover for the clip, which takes a look back at the impact that WGN has had on the Cubs franchise. Marquee Sports Network, which is owned and operated by the Cubs organization and Sinclair Broadcast Group, is scheduled to launch in February of 2020.

.@LinBrehmer of @93XRT with this touching, poignant tribute to 72 seasons of #Cubs baseball on WGN. pic.twitter.com/Z35vqQe349