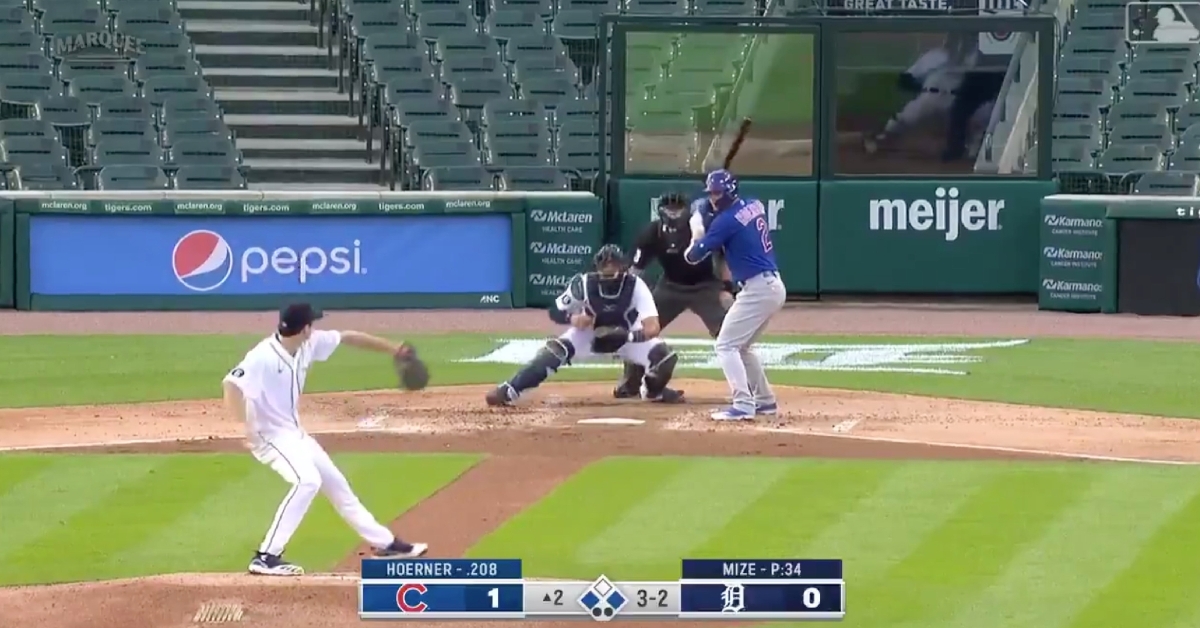 Nico Hoerner smacked a two-out RBI single past the shortstop and increased the Cubs' lead to two runs.

DETROIT — The Chicago Cubs came up with a couple of two-out base knocks off Detroit Tigers rookie Casey Mize on Monday, taking a 2-0 lead at Comerica Park. Mize, a former No. 1 overall pick, made his second career start on the evening, and the Cubs tagged two runs off him in the top of the second.

Willson Contreras reached base via an infield single, and Victor Caratini was hit by a pitch. With two outs, David Bote swung at the first pitch and slapped it into the outfield, scoring Contreras. Nico Hoerner, a former first-round pick, won the battle of recent first-round MLB Draft selections by recording an RBI single against Mize. The base knock caromed off the end of shortstop Nico Goodrum's glove and into center field, enabling Caratini to come home.

Nico Hoerner with a base hit RBI. 2-0 #Cubs. #WhereStoriesPlay pic.twitter.com/TFjOBZLeYs