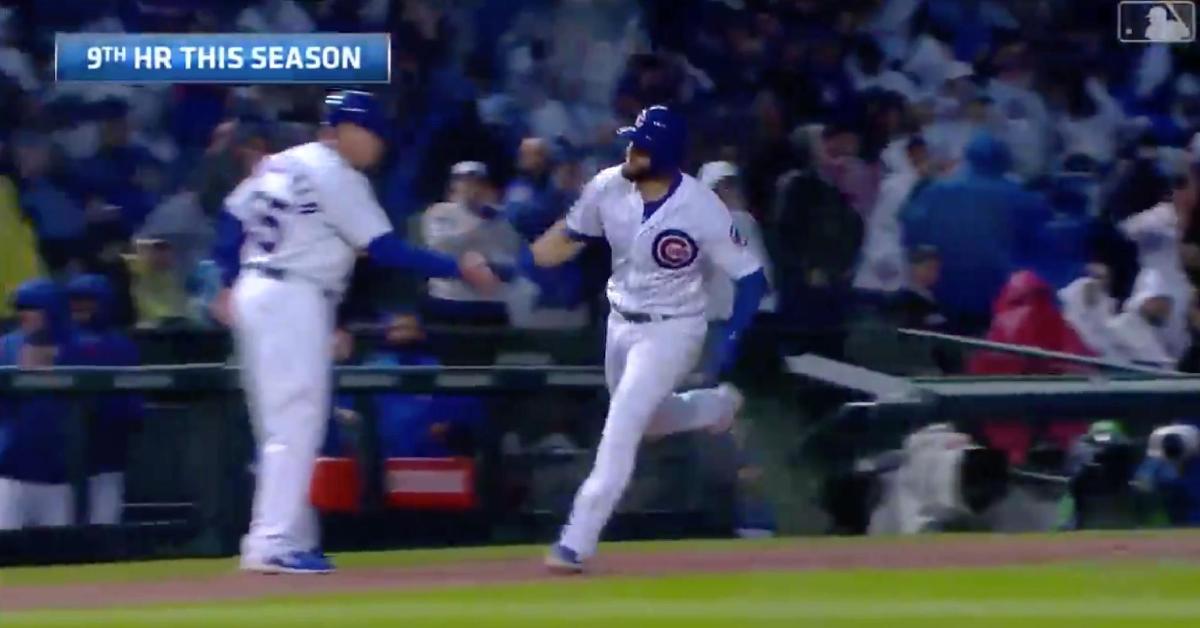 David Bote recorded his ninth home run of the season with a fourth-inning jack against the White Sox.

CHICAGO — The Chicago Cubs went ahead of the Chicago White Sox by a score of 6-3 in the fourth inning on Wednesday, with all six of their runs up to that point coming on a trio of home runs. Catcher Willson Contreras tallied the first two bombs with a first-inning grand slam and a third-inning solo shot. In the bottom of the fourth, second baseman David Bote took a turn at sending a pitch into the bleachers.

Leading off the bottom half of the fourth with a 407-foot blast that boasted an exit velocity of 103 miles per hour and a launch angle of 23 degrees, Bote collected his ninth long ball of the year and increased the North Siders' lead over the South Siders to three runs. The round-tripper also marked the third one given up by White Sox hurler Lucas Giolito on the night, as Bote took Giolito deep on a changeup in the strike zone.