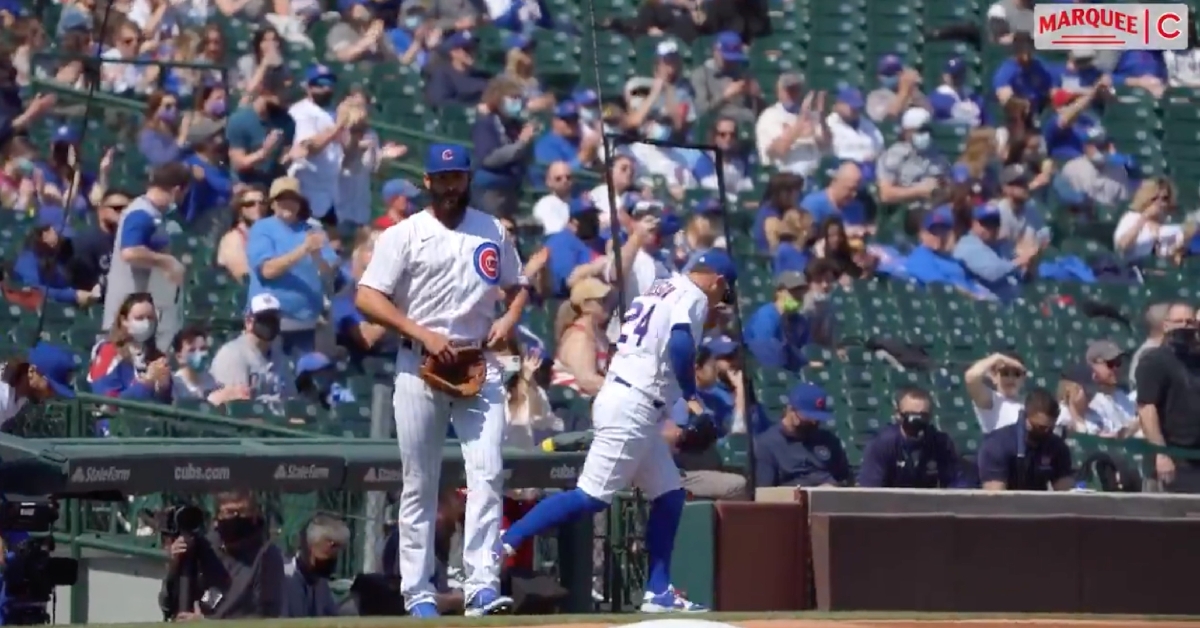 Jake Arrieta was well received by Cubs fans in his return to the mound as a Cub.

CHICAGO — Making his return to the Chicago Cubs, Jake Arrieta received a standing ovation from Cubs fans at Wrigley Field while walking to the mound prior to the start of Saturday's game. Arrieta returned to the Cubs in the offseason and started against the Pittsburgh Pirates in the second game of the season.

The former Cy Young Award winner was an ace for the Cubs from 2013-17, throwing two no-hitters and helping the club win the World Series during that stretch. After enduring several injury-plagued seasons with the Philadelphia Phillies, the 35-year-old righty returned to the Cubs as a free agent via a one-year deal signed in February, and Cubs fans let him know how happy they are to have him back prior to his opening start.

Jake Arrieta gets a standing ovation from @Cubs fans in his return to Wrigley ??