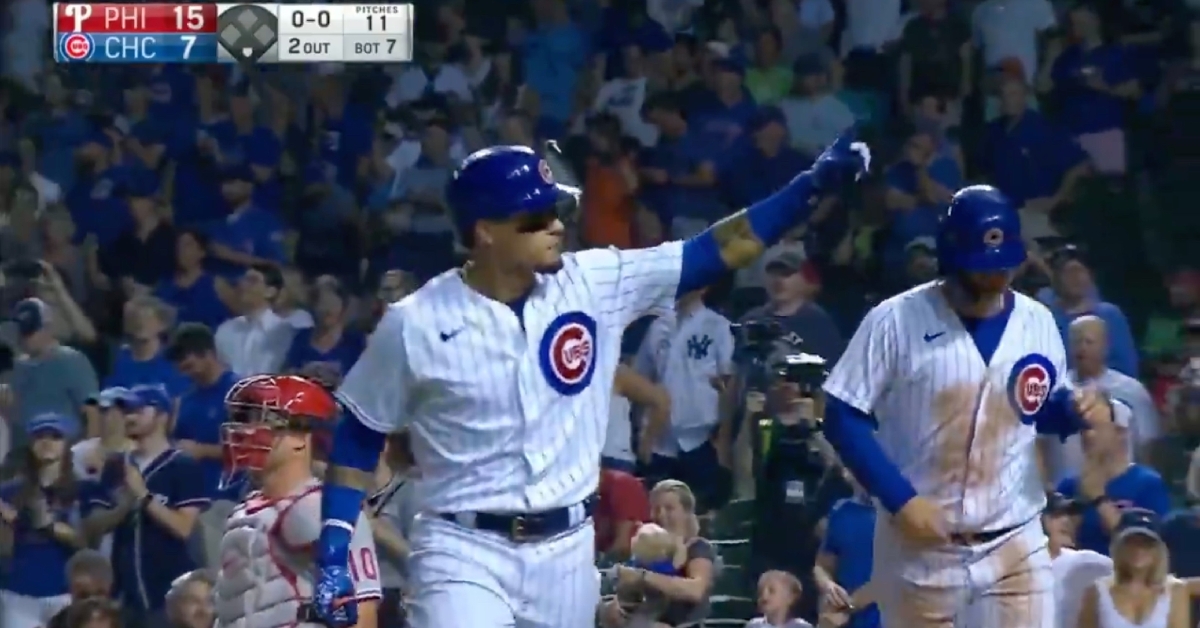 CHICAGO — Providing the Wrigley Field faithful with some excitement in the midst of a blowout, Chicago Cubs shortstop Javier Baez slugged his second home run of the night in the bottom of the seventh on Tuesday. After hitting a solo blast in the previous inning, Baez crushed a 408-foot two-run jack his next time up at the plate.

The two-out blast, Baez's 21st long ball of the year, was walloped out to straightaway center field, giving Baez three homers in two games versus the Philadelphia Phillies. Left fielder Joc Pederson, who hit an RBI single earlier in the inning, was plated by the 408-foot jack. "El Mago" now has 43 RBIs to his name this season.

Reliever Bailey Falter gave up the two-run bomb on an 85.5-mph slider. Baez made perfect contact on his swing, sending the pitch over the wall at 102.9 mph and 29 degrees. The two-out dinger increased Baez's RBI total on the evening to four and decreased the Cubs' deficit to 15-7.

That is the 2nd home run Javier Baez has destroyed tonight#Phillies #RingtheBell pic.twitter.com/R5bKao8NYK