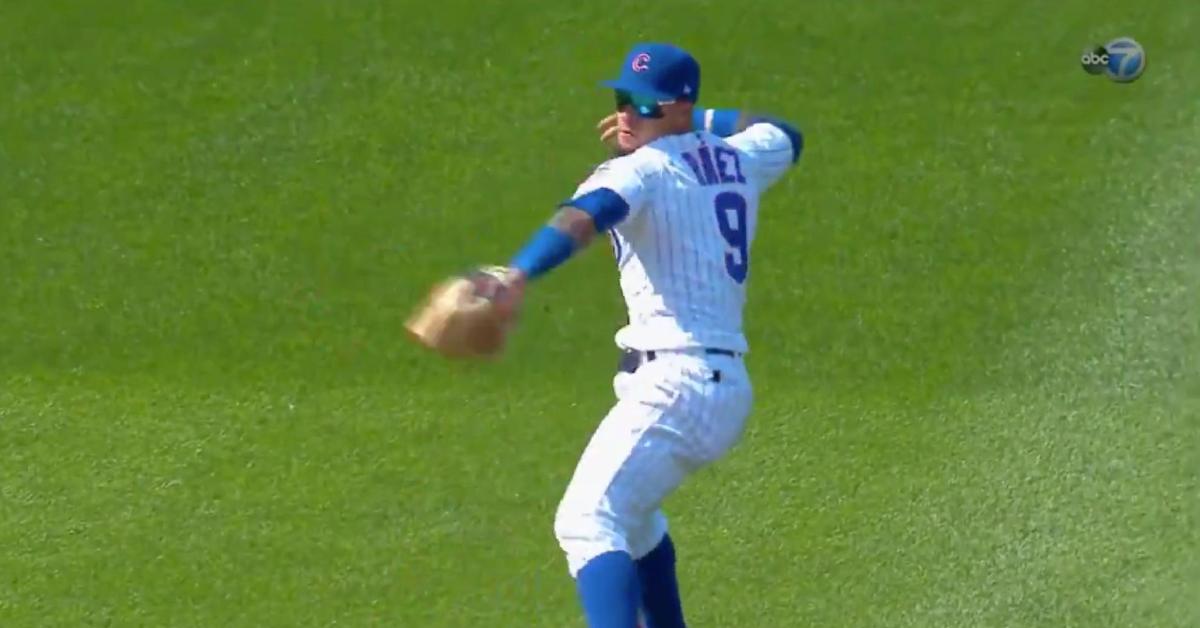 Cubs shortstop Javier Baez showed off his defensive versatility with an impressive web gem on Sunday.

CHICAGO — Not to be outdone by the Chicago Cubs' offensive tenacity put on display at Wrigley Field on Sunday afternoon, Cubs shortstop Javier Baez pulled off a stellar web gem late in the contest against the Pittsburgh Pirates. Robbing the Pirates' Jung Ho Kang of a base hit, Baez made an impeccable play on the hard-hit grounder.

After corralling the ball via a backhanded snag at the edge of the outfield grass, Baez quickly got back on his feet and fired a laser of a throw across the diamond to Cubs first baseman Anthony Rizzo. Outing Kang with several steps to spare, Baez brought an end to the top half of the eighth inning via his superb defensive highlight.