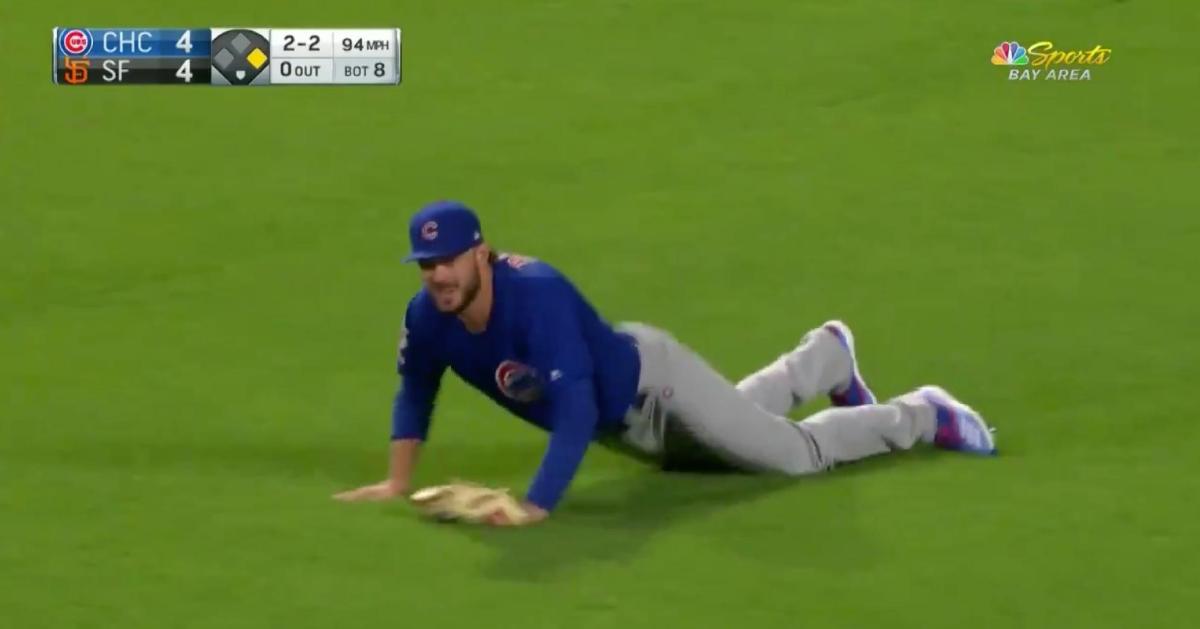 Kris Bryant displayed his aptitude as an outfielder by pulling off a superb diving catch in right field.

SAN FRANCISCO — Continuing with his recent trend of playing all over the baseball field, Kris Bryant of the Chicago Cubs was moved from third base to left field before being repositioned yet again to right field on Tuesday. The defensive realignment paid off for the Cubs, as Bryant made a pivotal diving catch in right field at Oracle Park.

With the Cubs in a 4-4 deadlock against the San Francisco Giants, Bryant went all out for a spectacular defensive play in the bottom of the eighth. Following a leadoff walk, Bryant, who was only just stationed in right before the start of the half-inning, robbed Giants catcher Buster Posey of a potentially critical hit by racing in and leaving his feet in order to snag a liner. The Giants ended up going scoreless in the eighth, and Bryant's catch was a major reason why.

What can't Kris Bryant do? Our mentions are open pic.twitter.com/FEpjQpMGri