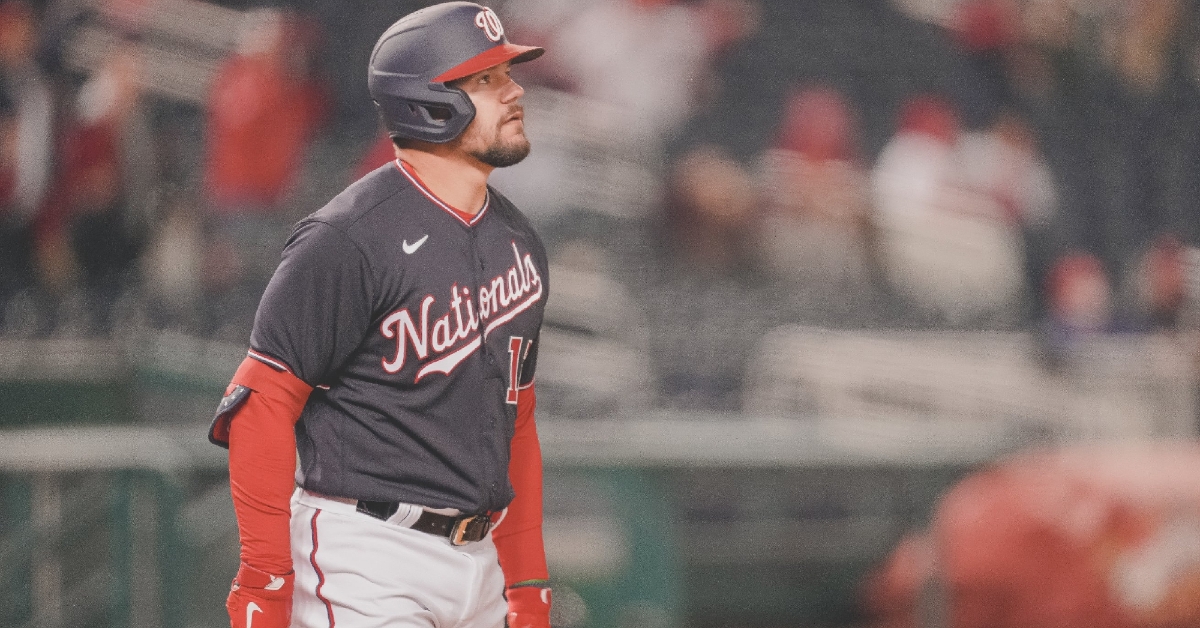 Kyle Schwarber knew his first home run as a National was gone as soon as it left the bat. (Credit: @Nationals on Twitter)

WASHINGTON — During the offseason, starting pitcher Jon Lester and left fielder Kyle Schwarber departed the Chicago Cubs and joined the Washington Nationals. Schwarber made his first big splash as a Nat on Friday night by drilling a walkoff blast to beat the Arizona Diamondbacks.

Schwarber was mobbed at the plate by his celebratory teammates after going yard. The 463-foot solo jack came in the bottom of the ninth at Nationals Park, giving the Nationals a 1-0 win. Schwarber's first home run of the season, the round-tripper was scorched off the bat at 111.9 mph, with Schwarber taking reliever Alex Young deep on an 87.8-mph sinker. The "Schwarbomb" sported a steep launch angle of 30 degrees as it carried out to right field in a hurry.

Kyle Schwarber made the most of his 1st HR as a Washington National.