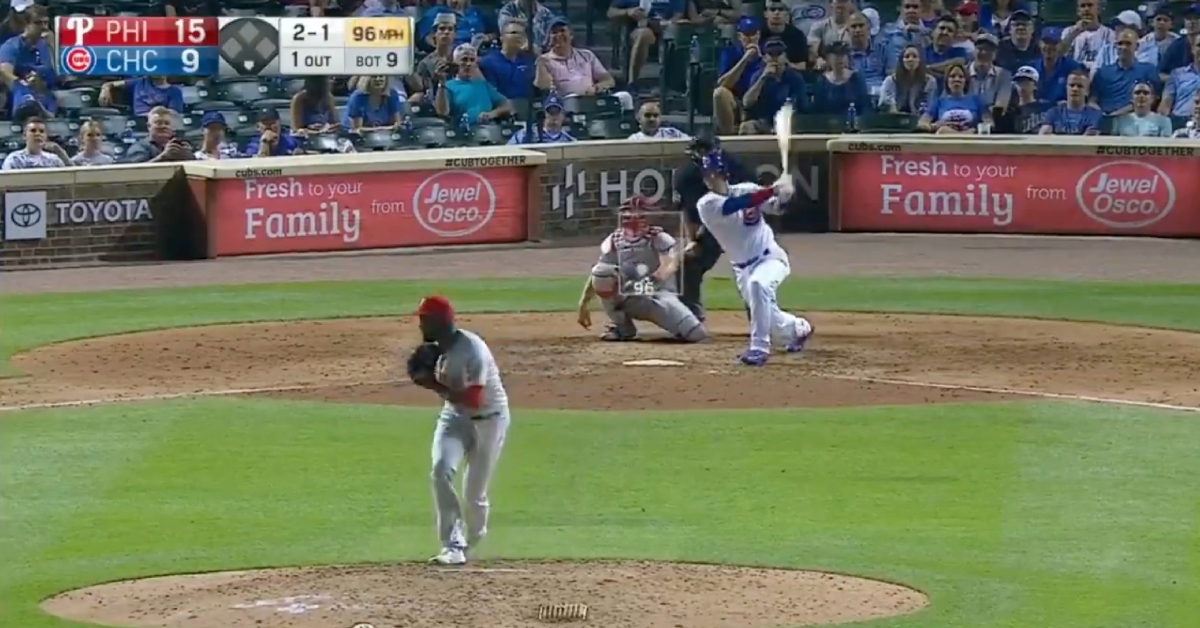 Robinson Chirinos, who played in the Cubs' farm system over a decade ago, hit his first home run as a Cub.

CHICAGO — In need of a backup catcher to play behind starter Willson Contreras, the Chicago Cubs signed veteran free agent Robinson Chirinos on Monday, and he hit his first home run in a Cubs uniform on Tuesday. The 37-year-old backstop, who played in the Cubs' farm system over a decade ago, belted a 444-foot moonshot out to straightaway center field in the bottom of the ninth.

Chirinos took Philadelphia Phillies reliever Enyel De Los Santos deep on a 95.5-mph four-seamer. The high drive at Wrigley Field was drilled off the bat at 106.1 mph, and it also sported a launch angle of 27 degrees. Chirinos' first RBI as a Cub, the solo shot cut the Phillies' lead to 15-10, which ended up being the final score.