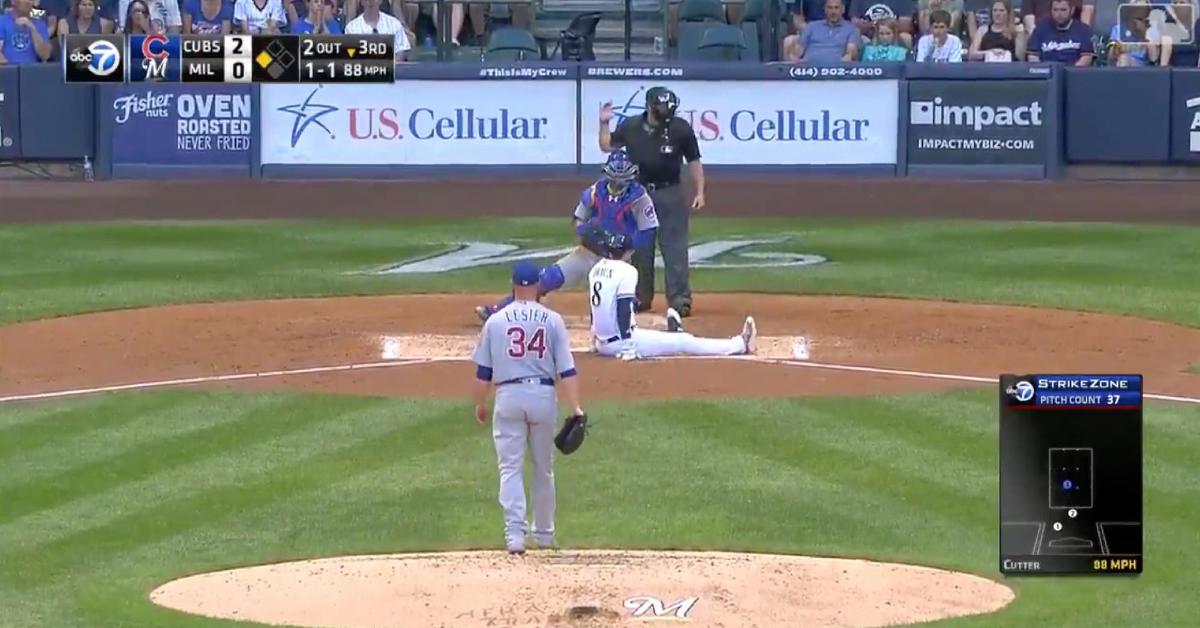 Ryan Braun suffered an embarrassing fall after badly whiffing on a cutter thrown by Jon Lester.

MILWAUKEE — Chicago Cubs starting pitcher Jon Lester dominated in his seven innings of work at Miller Park on Saturday night. Giving up zero runs and just four hits while striking out five, Lester had total control over the Milwaukee Brewers' batting order in his first start since a battle with bronchitis. Unfortunately for Lester, he was unable to continue past the seventh inning due to lingering fitness issues brought on by his ailment.

The highlight of Lester's start came in his third-inning matchup against veteran Brewers slugger Ryan Braun, a longtime Brewer whom Cubs fans love to hate. Swinging and missing at an 88-mile-per-hour cutter thrown by Lester, Braun whiffed so badly that he fell to the ground and nearly came out his cleats. The bevy of Cubs fans in attendance let out an audible exclamation after Braun's tumble, and Len Kasper, the Cubs' television play-by-play man, added fuel to the fire by referring to Braun's spill as "embarrassing."

Put this video on replay forever of Ryan Braun swinging through a fastball down the middle and falling over. pic.twitter.com/hMUklyuAjw