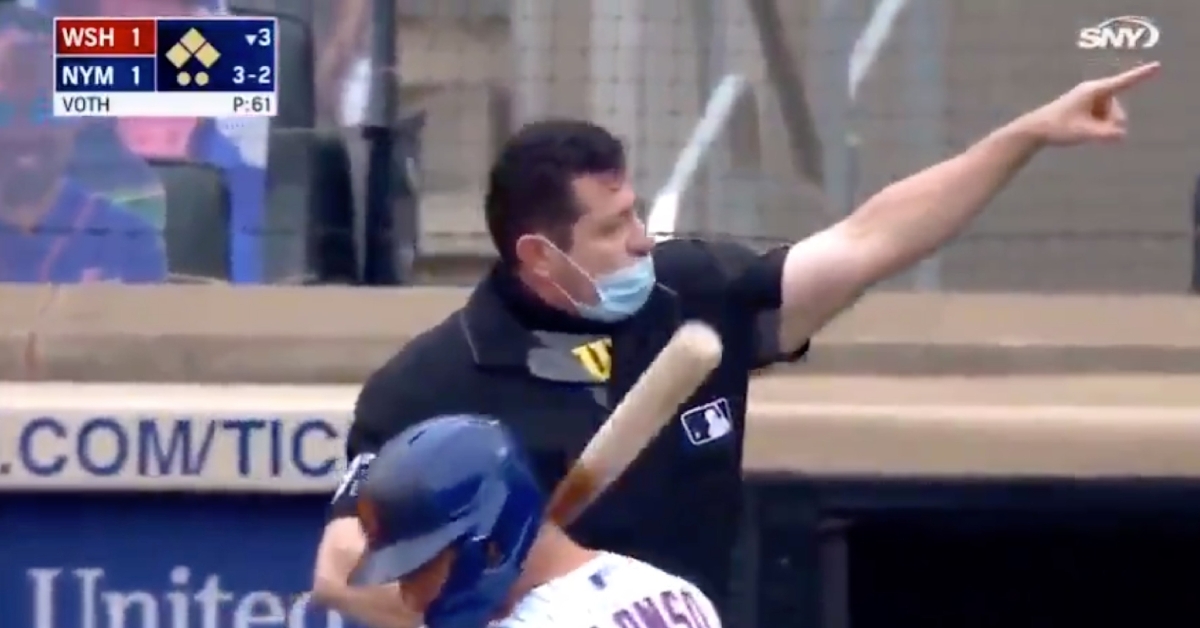 Nationals pitcher Stephen Strasburg was thrown out of a game while sitting in the stands. (Credit: Geoff Burke-USA TODAY Sports)

NEW YORK — Much like what happened to former Cubs pitcher Derek Holland earlier this season, Washington Nationals ace Stephen Strasburg was ejected from a game while sitting in the stands. With the Nationals taking on the New York Mets at Citi Field, Strasburg was tossed for cursing at the home plate umpire on Thursday.

Strasburg was socially distancing in the stands behind his team's dugout, which players are doing at many different ballparks this season, and, with no fans present, his profane message to the umpire could be heard loud and clear. Accompanied with an expletive, Strasburg described the umpire's strike zone as "brutal" after a borderline pitch did not go the Nationals' way, and the umpire showed no hesitation in ejecting the reigning World Series MVP.

Here's the easy to hear audio of Stephen Strasburg yelling "f****ng brutal" from the stands and getting ejected. I love him even more now pic.twitter.com/T1CPXfxHQj