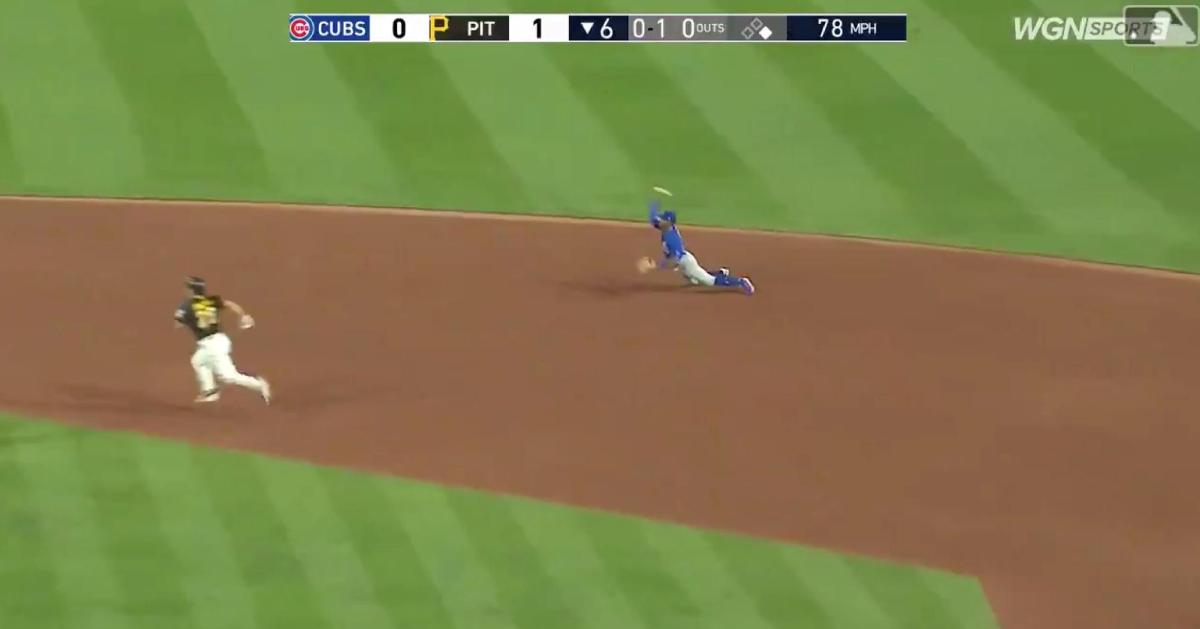 PITTSBURGH — Recently acquired Chicago Cubs second baseman Tony Kemp is a special defensive talent, and he showcased as much with a stellar web gem against the Pittsburgh Pirates on Friday. After making a tough play on a hard-hit chopper, Kemp helped the Cubs turn two at PNC Park.

Following a leadoff walk in the bottom of the sixth, Kemp gloved a one-hopper hit by the Pirates' Bryan Reynolds while essentially falling down to avoid being hit in the face by the baseball. While on the ground, Kemp tossed the ball to Cubs shortstop Javier Baez at second base, and Baez then fired to first base to secure the impressive 4-6-3 double play.

I take this magnetic force-of-a-man to be my glover. pic.twitter.com/3mbm4b67hm