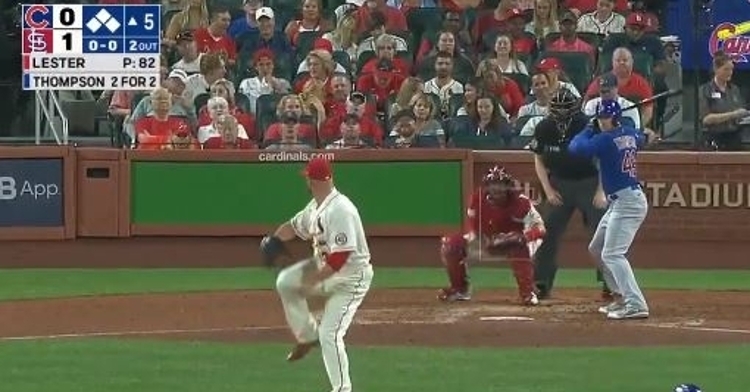 Some of these young Cubs players have some power in their bats.

During Saturday night's game against the rival Cardinals, outfielder Trayce Thompson smacked a grand slam to put the Cubs up 4-1 in the fifth inning.

Thompson hit the dinger off of former Cubs standout Jon Lester in his possible final regular season pitching start of his career.

It was Thompson's fourth homer of the season including a three-run shot against the Cards on Friday night.