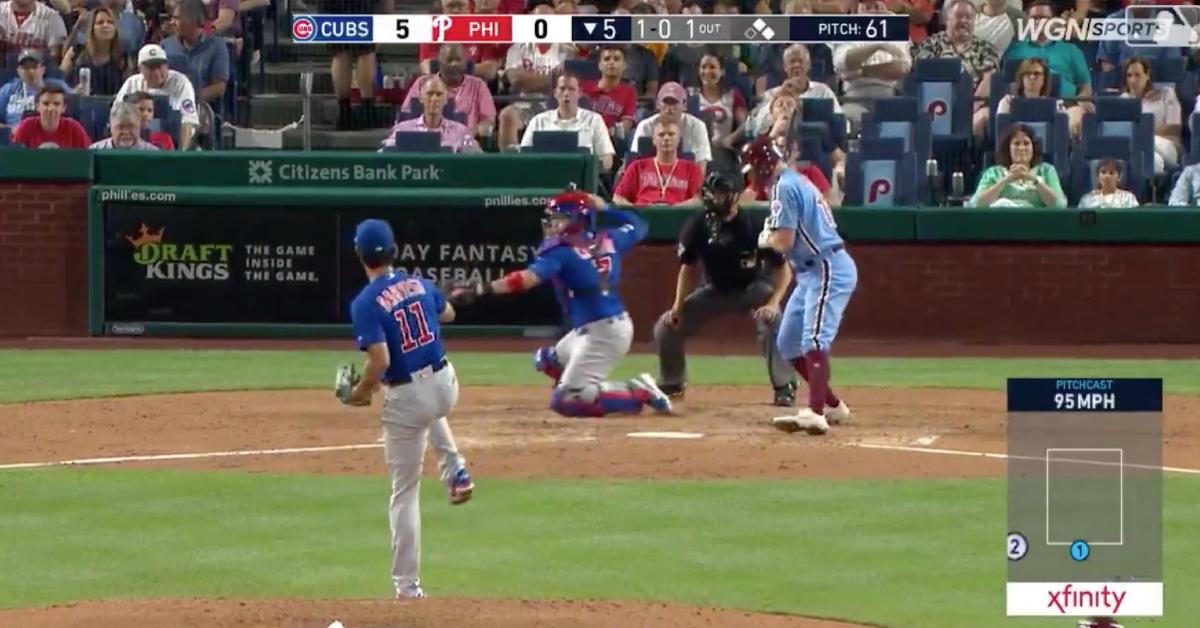 Chicago Cubs catcher Victor Caratini picked off a runner at first base with a laser of a throw that he made from his knees.

PHILADELPHIA — Making a throw from his knees that assuredly made Willson Contreras proud, Chicago Cubs catcher Victor Caratini, who started behind the plate in place of the injured Contreras, pulled off a spectacular pickoff play on Thursday. Caratini teamed up with Cubs first baseman Anthony Rizzo on the highlight, which outed Logan Morrison of the Philadelphia Phillies.

Helping keep the Phillies scoreless in the fifth, thus maintaining the Cubs' 5-0 lead at Citizens Bank Park, Caratini fired a dart to Rizzo while on his knees, and Rizzo swatted a diving Morrison with his mitt for the second out of the inning. Caratini's phenomenal throw resembled something that Contreras would typically do, as Caratini made Morrison pay for straying too far off the bag.