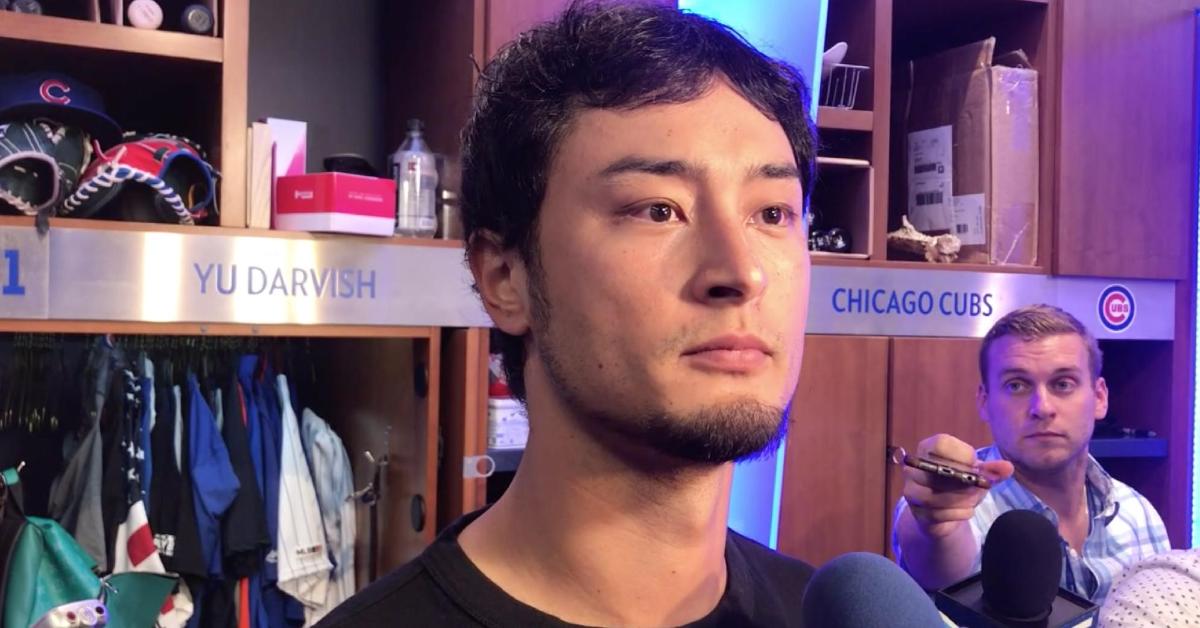 Yu Darvish, who signed with the Chicago Cubs in February of 2018, finally garnered a winning decision at Wrigley Field on Wednesday.

CHICAGO — In typical Yu Darvish fashion, the stoic right-handed starting pitcher was calm, cool and collected after performing at a high level for the Chicago Cubs and picking up his first career winning decision at Wrigley Field. Darvish pitched six scoreless inning, in which he fanned seven, and was handed the win for his efforts in the Cubs' 5-2 victory over the Cincinnati Reds at the Friendly Confines on Wednesday afternoon.

Following the game, Darvish, who was signed by the Cubs 552 days ago, talked with reporters about what the milestone meant to him. While he was fairly reserved during the media session, Darvish was clearly very moved by the accomplishment. The veteran starter also acknowledged that he was fired up after striking out Reds right fielder Yasiel Puig in the final at-bat of his appearance, saying that he gave it his all in trying to collect that inning-ending strikeout, which kept the Cubs' 2-0 lead intact.