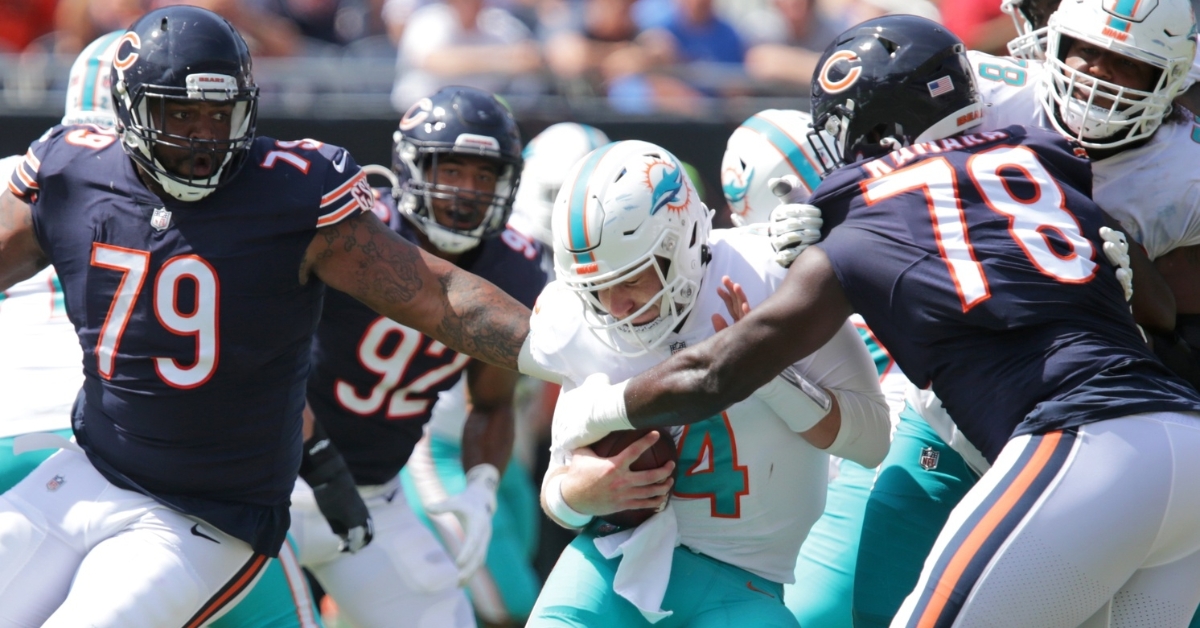 The NFL season continues to roll along as we will officially reach the halfway mark on Sunday. For some teams, this is the time of year when you want to start peaking, as playoff positioning will start to become a thing.

Chicago still has an outside shot at the postseason, but at 3-5 and several games off the pace, the Bears need to start focusing on next season, where they could make a ton of offseason noise. Chicago began to plan for their future this week when they traded away Robert Quinn and Roquan Smith in a span of five days. They then went out and traded Chase Claypool on Tuesday with hopes he can help ignite this struggling passing game.

This week will be another challenge for the Bears in various ways as the 5-3 Miami Dolphins come to town. Not only does this team possess one of the best, if not the best, WR duo in the game in Tyreke Hill and Jaylen Waddle, but they are 5-0 when Tua starts at QB, which will be the case on Sunday.

Looking back at the history between these two, these teams first met in 1971, where the Dolphins hold the 9-4 advantage all-time. From Dan Marino to Walter Payton, these teams have a rich history of successful players and coaches that have led them to the promise land. The coaching especially stands out with Don Shula, the all-time wins leader and the only coach to finish an entire season unbeaten, and the Bears having George Halas, who is third all-time.

The Bears found out the hard way how good of a coach Shula was during his time as Miami went 4-0 out of the gates to open this series. That includes wins of 34-3 and 46-14 in their first two meetings before the Bears started to figure things out. Take away that strong performance out of the gates, and this has been a very evenly matched series since, with the Dolphins holding a 5-4 advantage over their last nine meetings.

Three of the Bears wins came in nine years from 1988-1997 when things started to turn for the better. Chicago got their first-ever win against the Dolphins in 1988 when they came off the field 34-7 victors. Following a heartbreaking loss a few years later, the Bears ripped off consecutive three-point wins, including a 1997 OT thriller.

This will also be the first time since 2014 where the Dolphins come to Soldier Field, as they came away 27-14 victors last time they visited the Windy City. As a matter of fact, Soldier Field is a home away from home for Miami, with the Dolphins posting a 4-1 career record at Chicago compared to just 5-3 at home.

The lone loss for the Dolphins at Soldier Field was that 1988 victory that landed the Bears their first-ever win against the Dolphins. Unlike most November days in Chicago, the weather doesn't appear to be an issue, so you can take that aspect of the game out of it.

When you look at what the Bears offense has done the past few games, you have to like their chances against the Dolphins, as their defense is not great. However, the Bears defense, especially the secondary, will be tested, as Chicago doesn't have the speed to match up with Hill or Waddle on the outside. Look for this to be a closer game than some of their recent meetings, which could lead to the Bears first win in a long time.