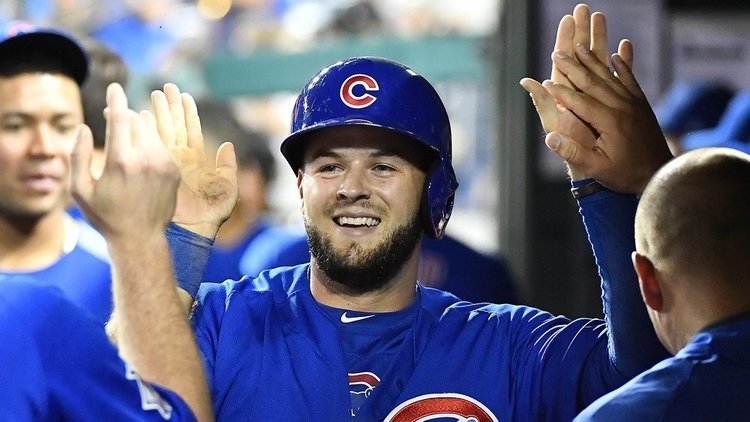 PHOENIX, Ariz. — When Chicago Cubs (13-12) starting pitcher Yu Darvish hit Arizona Diamondbacks (16-12) right fielder Adam Jones with a pitch to load the bases with one out in the bottom of the first, one could have reasonably assumed that the Cubs were on the fast track to losing their second straight at Chase Field on Saturday. However, Darvish settled down in a major way thereafter, and that, combined with a 12-hit onslaught put forth at the plate by the North Siders, contributed to the Cubs routing the D-backs 9-1 to set up a rubber match on Sunday.

Third baseman David Bote was the star of the night for the Cubs, as he produced his first career multi-homer performance and racked up five RBI in a 2-for-4 showing. Bote's homers were far from ordinary, as he electrified the crowd with a 469-foot 3-run blast that skied off the bat in the top of the third and later lined a 417-foot 2-run rocket out of the park in the fifth frame. Bote's heroics were complemented by a much-needed quality appearance for Darvish, who has endured a shaky start to the 2019 campaign. Darvish threw six innings of 1-run ball, in which he fanned eight while giving up just two hits.

A 2-out rally culminated in the Cubs tagging Arizona starter Zack Godley for three runs in the top of the third. After the first two batters of the inning struck out, former D-back Daniel Descalso walked, which led to sluggers Kris Bryant and Anthony Rizzo hitting back-to-back doubles. Rizzo's 2-run double was part of an outstanding 3-for-5 plate performance by him in the matchup. Rizzo finished with three RBI. A few at-bats later, Bote went yard for the first time in the affair to put the Cubs ahead 5-0.

In the top of the fifth, Bote drilled his second home run of the evening to bring his season homer total to three. Rizzo was plated on the 2-run shot, as the Cubs took a commanding 7-0 lead. The Diamondbacks scored their lone run via a solo blast from David Peralta that led off the bottom of the sixth, but Rizzo quickly answered with a leadoff dinger of his own in the top half of the ensuing inning. The towering 429-foot moonshot to right provided Rizzo with his fifth homer of the year. Later in the seventh, Cubs center fielder Jason Heyward rounded out Chicago's scoring bonanza with an RBI single to center that brought shortstop Javier Baez home. From there, Cubs relief finished off the romp and secured the lopsided 9-1 victory.

We have confirmed with our sources that five RBI in five innings is good.#EverybodyIn pic.twitter.com/aQEQwLvx43