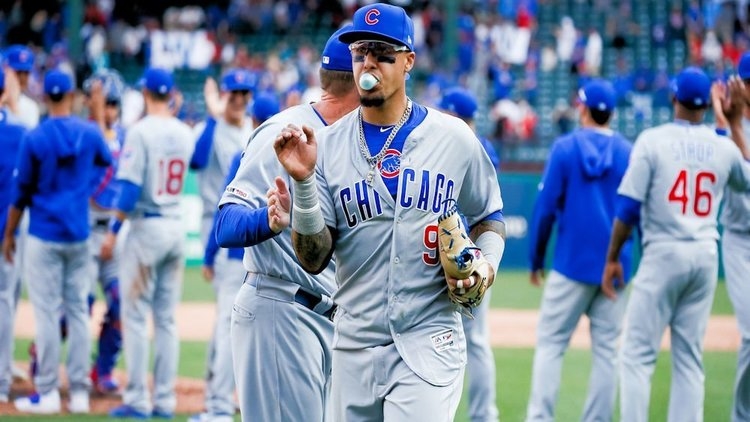 Wow! What a way to start the season. I’m sure we were all hoping for more hitting and scoring from the boys in blue this year but who could have predicted a 12 run slugfest — nothing like taking your winters frustration out on the first team you face the next year.

For me, the absolute best part of yesterday was that the Cubs kept their foot on the Rangers throat and never let them feel like they had a chance to come back. That was one big thing missing from all of last year, and it is great to see them bring that back.

Early season games are rarely an indicator of the season in general, but sometimes they are, and I think we see a team that we will see a lot of this year. As always some things need to be cleaned up, but I’ll let our writer Ken Allison dwell on that.

Here is a tip for all you future writers out there, you cannot have an “on pace” when you have only one event. That is like saying that Jerry Lee Lewis only dates 16-year-old girls. Okay, bad example, but you get my point. To have a trend, you have to have more than one time happenings.

After game two you can start dreaming about what if’s but not after only one is in the books. You could say that right now the Cubs are one game behind the Mariners for the best record in baseball. It doesn’t mean anything because Seattle has played two more games than the Cubs.

Enjoy what happened yesterday and fantasize blissfully about the possibilities of Saturday when Yu Darvish has a chance to show his favorite team what they are missing since they traded him.

I am pretty excited about this Cubs team this year, and you should be too. They are not going to score 12 runs a game, although that would help their pitching staff, but they are better than last year when they won 95 games. I predicted 102 for this year, and I’m on pace for them to win 162.