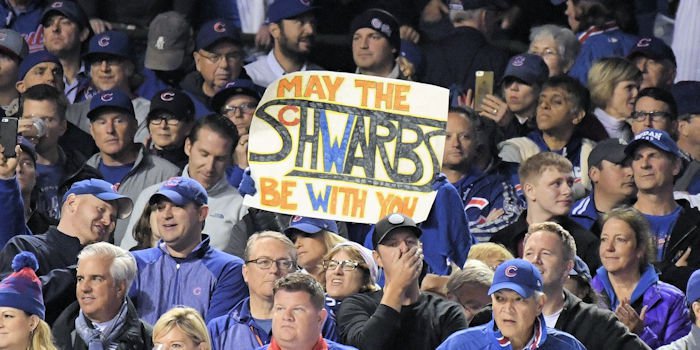 CHICAGO -- Wrigley Field hosted a World Series game for the first time in 71 years, but the Cleveland Indians played the role of evil villains as they defeated the Cubs 1-0 on Friday night in front of a raucous crowd of 41,703 fans. The only previous Cubs 1-0 loss in a World Series game was Game 1 in 1918 to Babe Ruth.

The Indians are pitching magnificently as they are the first team in major league history to post five shutouts in a single postseason.

A rather strange beginning of the game ensued as this was the first time in major league postseason history that both starting pitchers got pulled with less than five innings pitched but zero runs allowed. Kyle Hendricks left the game after 4.1 innings scattering six hits, two walks, and six strikeouts. Hendricks has been extremely impressive at Wrigley Field in 2016 including the postseason with an incredibly low 1.32 ERA.

Reliever Justin Grimm came into the game as he got a ground ball out on a 3-2 count with the bases loaded and got a 4-6-3 double play to end the fifth inning. Grimm pumped his fist in the air and screamed in jubilation after the crucial play. He did not induce a ground-ball double play in the entire regular season. The last time that Cubs turned an inning-ending double play with the bases loaded in a World Series game was 1935 against the Tigers according to ESPN Stats.

Indians star reliever Andrew Miller struck out the side against the top of the Cubs' order in the sixth inning. He is only one strikeout shy of the most strikeouts ever by a reliever in one single postseason.

The Indians got on the board with a run with a Coco Crisp RBI single in the seventh inning. Then, Bill Murray did a hilarious 7th inning stretch as he did a Daffy Duck rendition of Take Me Out to the Ballgame.

Jorge Soler tripled with two outs in the seventh inning, but Javier Baez grounded out weakly to the shortstop to end the threat.

In the eighth inning, there was a pinch-hit appearance by slugger Kyle Schwarber who broke his bat with a pop-up out to the second baseman.

Aroldis Chapman pitched a perfect ninth inning to set up to give the Cubs 4-5-6 hitters with Rizzo, Zobrist, Contreras a chance in the final inning. Rizzo started the inning off with a single to left field, Zobrist struck out swinging, Contreras had a ground out, and pinch-hitter Heyward reached on an error by the first baseman to extend the game for Javy Baez.

However, the dramatic conclusion ended with a Baez strikeout on a high fastball. The Cubs finished the game with only five hits and a walk on offense and went a dreadful 0-for-7 with runner's left in scoring position.