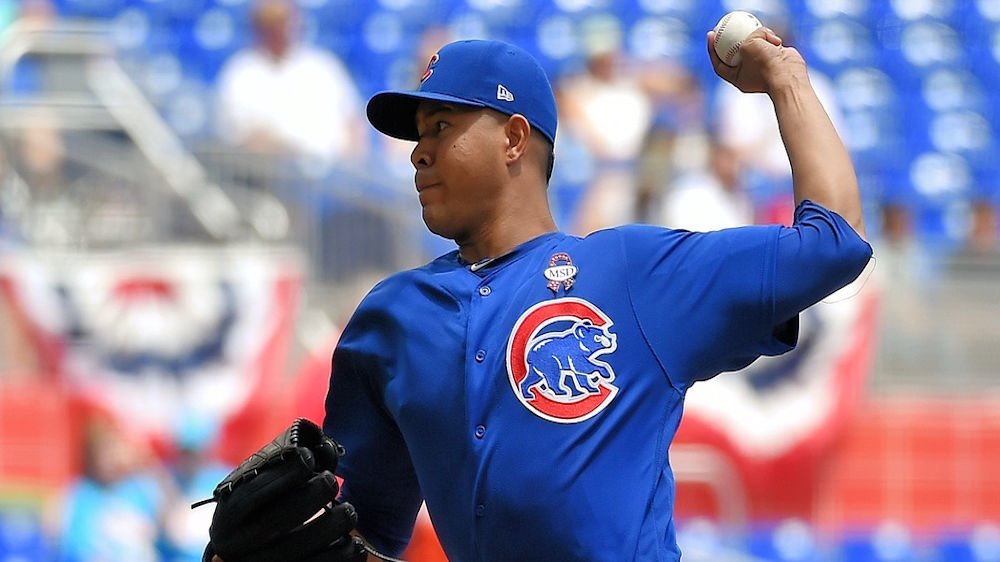 MIAMI -- This was not supposed to be part of the script for the talented Chicago Cubs.

The Cubs (2-2) suffered an embarrassing 6-0 shutout loss at Marlins Park on Easter Sunday and split the series with the rebuilding Miami Marlins (2-2).

Jose Quintana was yet another Cubs starter to falter even though he took a no-hitter into the fifth inning but it was broken up by a Cameron Maybin double to start the inning and then Brian Anderson had the big hit of the game with a bases-clearing double. Overall, Quintana gave up six hits and six runs in six innings including five runs in the fifth.

Kyle Hendricks is the only starter to have a quality start so far this regular season. Only Quintana and Hendricks have made it through the fifth inning.

It's early in the season but the starting pitching has to go deeper in games to help out the bullpen. During the first four games of the season, the Cubs starters have a horrid 6.86 ERA while the bullpen has kept them in games with a sparkling 0.75 mark.

Offensively, the Cubs have been horrible with runners in scoring position as they had chances in the middle innings but couldn't cash in runners from third base.

The Cubs will try to get back on track beginning with a two-game series against the Cincinnati Reds starting tomorrow. Newcomer Tyler Chatwood will be taking the mound for the North Siders against righty Tyler Mahle.

The game will be televised on MLB Network (out-of-market only) and NBC Sports Chicago.