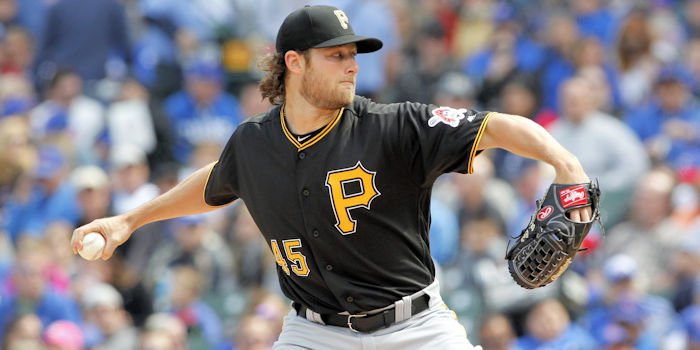 CHICAGO – The Chicago Cubs dropped a tough one on Friday afternoon, losing 4-2 against the Pittsburgh Pirates. Pirates standout pitcher Gerrit Cole pitched six strong innings, limiting the potent Cubs lineup to just two runs on six hits and a walk to go with five strikeouts. The Cubs had solid chances in the bottom of the eighth and ninth innings, getting the bases loaded, but ultimately failed to bring a run in.

Cubs starter Kyle Hendricks (1-1, 5.73 ERA) had a rough day giving up three runs on six hits in six innings. In the second inning, he walked Gregory Polanco who promptly stole second and scored on a double by David Freese. Freese would later bring in Andrew McCutchen and set up Polanco to score later on in the inning. Hendricks kept the ball down most of the day, but when it was hit in the air it was launched. The reigning ERA leader has struggled to a 5.73 ERA thus far this season and hasn’t looked incredibly sharp like last season.

Lefty specialist Brian Duensing was activated off of the new 10-day disabled list and made his first appearance for the Cubs, striking out one in a scoreless seventh inning. Hector Rondon also returned to action after colliding with Chase Utley at home plate on Wednesday.