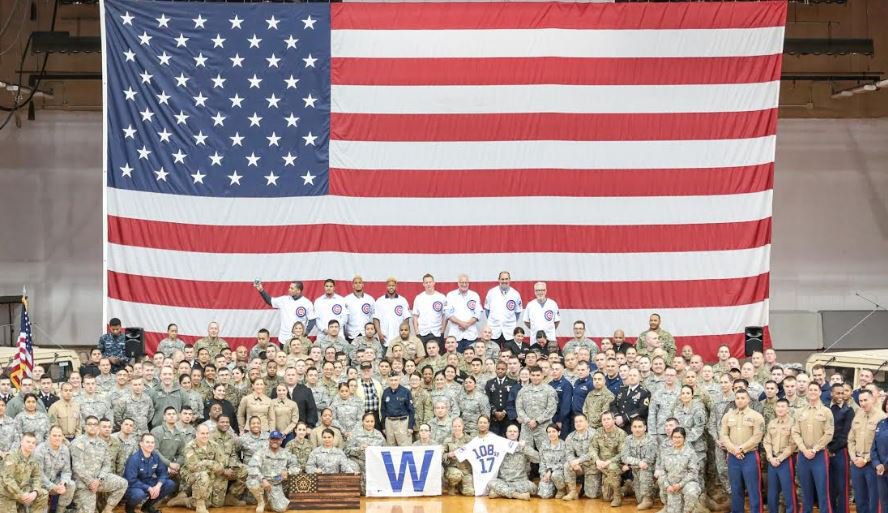 During stops at the 19th District Police Station and Engine 78 Firehouse, Cubs pitcher Rob Zastryzny brought the World Series Trophy and Dunkin’ Donuts coffee and treats for first responders to enjoy. At St. Pauls House, alumni and players teamed up with Random Acts of Flowers to deliver bouquets of flowers to senior residents.