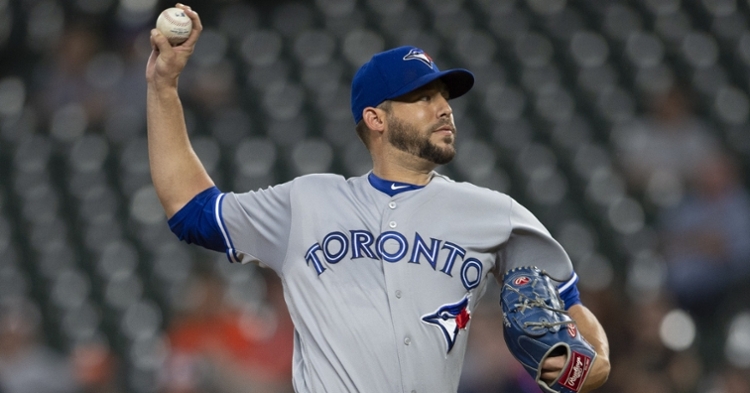 CHICAGO – The Chicago Cubs and right-handed pitcher Ryan Tepera have agreed to terms on a 2020 contract. Terms of the deal were not disclosed. Chicago’s 40-man roster now stands at 39 players.

A native of Houston, Texas, Tepera was selected by the Blue Jays in the 19th round of the 2009 Draft out of Sam Houston State University (Texas).

The Cubs have agreed to a one-year, split contract with pitcher Ryan Tepera that would be worth $900,000 at the big-league level. Tepera has a 3.64 ERA in 216 career appearances with the Blue Jays as well as a minor-league option remaining.