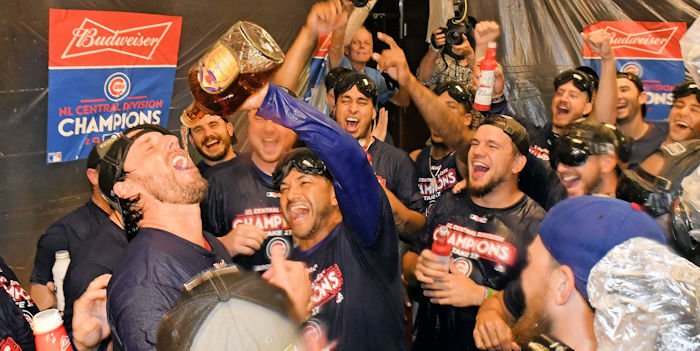 ST. LOUIS -- Pop the expensive champagne because it's party time for the Chicago Cubs! What a time to be alive for Cubs fans!

The North Siders are the victors of the National League Central division with their 5-1 win against their rival Cardinals in front of 42,070 fans at Busch Stadium on Wednesday night. This is the seventh division crown for the Cubs all-time.

The game was a terrific pitcher's duel for the first six innings with veterans John Lackey and Michael Wacha pitching like bonafide aces on the mound for their respective teams.

However, Addison Russell has a known flair for the dramatic as he smacked a go-ahead, three-run homer to left field to put the Cubs up 3-1. It was his 12th homer of the season and another memorable moment in his young major league career.

Wacha continued to struggle as he gave up a double to Javier Baez and then another double to Jason Heyward to score Baez to put the Cubs up 4-1. The Cardinals starter ended up giving up five straight hits in the inning before he was taken out of the game.

Things didn't get any better for the Redbirds as Tommy La Stella crushed a RBI double to center field to extend the Cubs lead to 5-1. 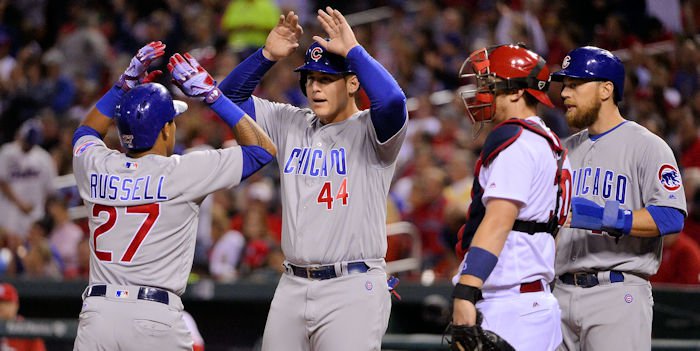 Wacha was dominant through six innings but left the game giving up seven hits, five runs, a walk, eight strikeouts and raised his season ERA to 4.13.

On the other side of the pitching spectrum, Lackey had arguably his best start of the season going six strong innings giving up only two hits, one run, two walks, and three strikeouts.

Addison Russell said the following after clinching during an on-field interview.

"We are at Busch stadium and I see a sea of blue and white. That's a pretty amazing feeling."

Cubs President of Operations Theo Epstein said that it means a lot to beat the Cardinals.

"We will always respect them," Epstein told reporters this week. "That’s what makes it meaningful to beat them and do what we’ve done relative to them the last three years."