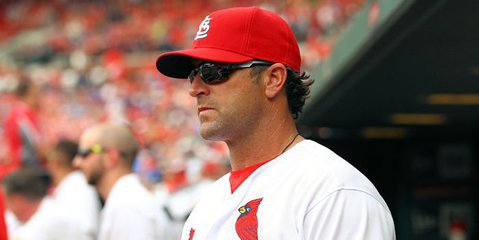 The St. Louis Cardinals have had an interesting 2017 season with the controversial white signage during the Cubs series and when Yadier Molina had a baseball mysteriously stick to him during a game against the Cubs.

However, another bizarre event happened at Busch Stadium on Tuesday and things almost ended tragically as a Cardinals fan was hit by a bullet that was shot outside of the stadium.

The team released the following statement after Tuesday night's game between the Cardinals and Brewers.

“We are aware of an incident last night in which a fan reported being struck by a stray bullet that presumably originated from outside of the stadium. The fan was treated for an abrasion and a bruise on her arm at First Aid and released. She was interviewed by police who are investigating the matter. There is nothing more important than the safety of our fans, and the Cardinals are grateful that no one was seriously injured. We will be sharing more information with the media as further details emerge.”