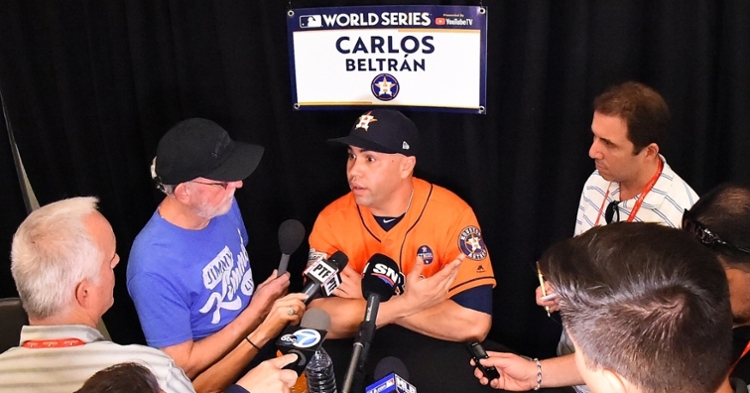 Carlos Beltran is 'All-in' with the Big Apple.

Yankees special advisor Carlos Beltran wants the New York Mets managerial job so much that he declined potential meetings with the San Diego Padres and Chicago Cubs jobs to focus on the Mets.

The Cubs have interviewed four candidates so far with Joe Girardi, Will Venable, Mark Loretta, and David Ross.

"I'm ready," Beltran told reporter Anthony Rieber about being a manager. Reportedly, Beltran interviewed with the Mets on Thursday, and evidently, it went well.