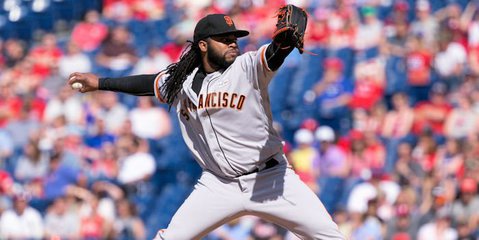 The Chicago Cubs starters have been pitching well the last two weeks but the aging group might not have enough in the tank for a deep run in the playoffs for back-to-back years.

MLB Insider Jon Heyman thinks that the Cubs are still interested with 31-year old Giants starter Johnny Cueto as someone to watch in trade scenarios between the Cubs and Giants.

"The Cubs reached out to Johnny Cueto two years ago before deciding to save a little money and sign old friend John Lackey," Heyman said. "So Cueto might be one to keep an eye on for them."

The Giants should certainly entertain any offers for their squad as they currently have a horrific 27-48 record.

More than likely, Cueto will opt out of his contract with four years and $84 million left at the end of the season.