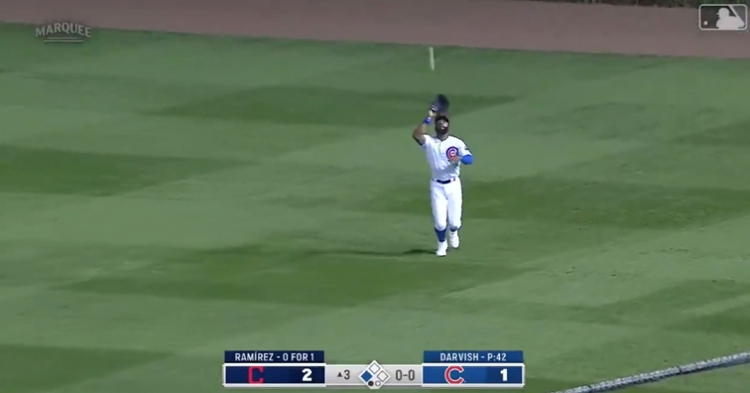 Jason Heyward caught a fly ball and fired a perfect throw to home plate, leading to an inning-ending tagout.

CHICAGO — Chicago Cubs right fielder Jason Heyward showed off his cannon of an arm with a perfect throw to the plate on Tuesday. Heyward gunned down speedy Cleveland Indians shortstop Francisco Lindor at the dish to end the top half of the third at Wrigley Field.

With the Indians leading 2-1 and Lindor tagging up at third base and looking to make it 3-1, Heyward caught a fly ball hit by Jose Ramirez and hurled a laser to catcher Victor Caratini, who applied the tag on Lindor in time. The Indians challenged the ruling, contending that Caratini was blocking the plate, but the out call stood, giving Heyward an impressive assist.

If his glove is gold, what's J-Hey's arm made out of? pic.twitter.com/CxVVFaGY6G