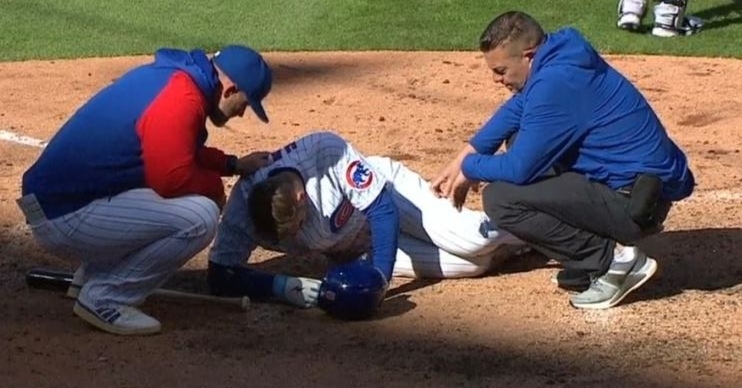 Not good news to report.

Chicago Cubs outfielder Ian Happ was hit on his left knee by a 90 MPH slider in the eight inning of Saturday's game against the Brewers.

He stayed down for a while as the trainer went to look at him. He eventually walked to the dugout under his own power and Clint Frazier came in to pinch run for him.

Hopefully, he is just sore and everything will be OK. We will update you when we get information from Cubs officials.

This was the third time that a Cubs batter has been hit by a Brewers pitcher today.

Update: David Ross said that "things are pointing for the good" for Ian Happ with the injury but he is going through x-rays currently on his left knee.

Update 2: The X-rays came back negative according to the Cubs.

Ross said that he could play today but they will be cautious.

The play that he got hurt on:

Ian Happ gets hit on his left knee. Walks off and leaves the game ?? pic.twitter.com/dourJRBZz9