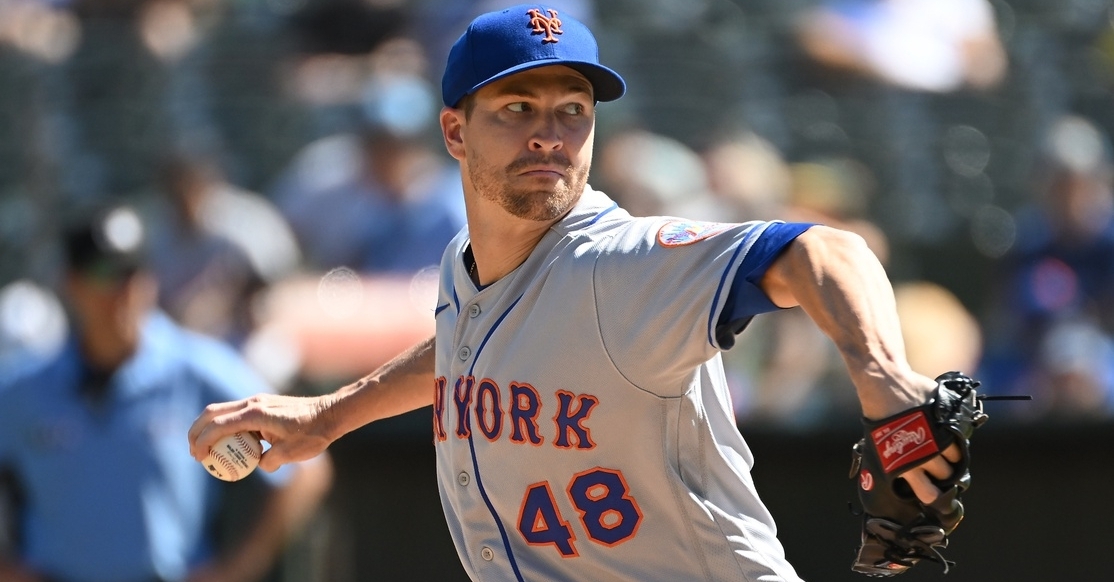 Arlington, Texas — The Texas Rangers tonight announced that the club has agreed to terms with free agent right-handed pitcher Jacob deGrom on a five-year contract covering the 2023-27 seasons. deGrom completed a physical exam on Friday.

No financial terms were disclosed. A press conference to introduce deGrom will be held at Globe Life Field next week following the Baseball Winter Meetings in San Diego.

“We are thrilled that Jacob deGrom has decided to become a Texas Ranger,” said Rangers Executive Vice President and General Manager Chris Young. “Over a number of seasons, Jacob has been a standout Major League pitcher, and he gives us a dominant performer at the top of our rotation. One of our primary goals this off-season is to strengthen our starting pitching, and we are adding one of the best. I also want to recognize our ownership group, led by Ray Davis, for continuing to provide the resources to build a winning culture here in Arlington. On behalf of the entire organization, I welcome Jacob, his wife Stacey, and the entire deGrom family to the Rangers.”

He has averaged 10.91 strikeouts per 9 innings in his MLB career with the Mets from 2014-22, the 2nd-best figure in Major League history among pitchers with at least 1300.0 innings (11.07 SO/9 by Chris Sale). He has 1607 career strikeouts, the most in MLB history by any pitcher through his first 209 outings in the big leagues. Since swing and miss statistics were first tracked in 1988, deGrom’s career 31.0% swing-and-miss strike pct. is the highest by any MLB pitcher with at least 1,000.0 IP.

deGrom was the National League Cy Young Award winner in both 2018 and 2019, the most recent pitcher to take honors in back-to-back years. He was also the N.L. Rookie of the Year in 2014, one of just 3 pitchers in baseball history to win multiple Cy Young Awards and a Rookie of the Year Award (also Justin Verlander and Tom Seaver). He is a four-time All-Star (2015, 2018, 2019, 2021), appearing in the Midsummer Classic in each of the first 3 years he was selected.