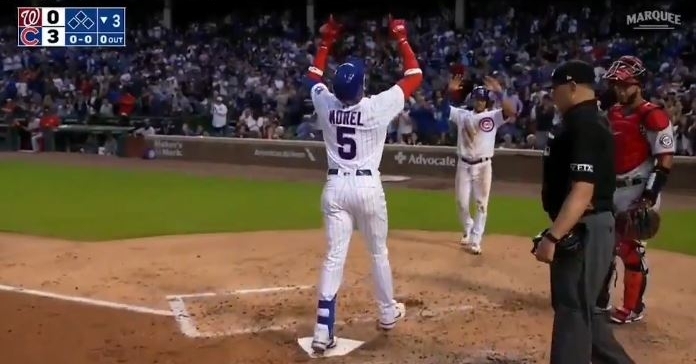 May the force be with you.

Chicago Cubs outfielder Christopher Morel blasted a solo homer in the third inning of Monday night's game (Star Wars Night at Wrigley Field) against the Nationals to put the Cubs up 3-0.

It was his 10th homer of the season.

Forces to be reckoned with. pic.twitter.com/oikkTgQqG6