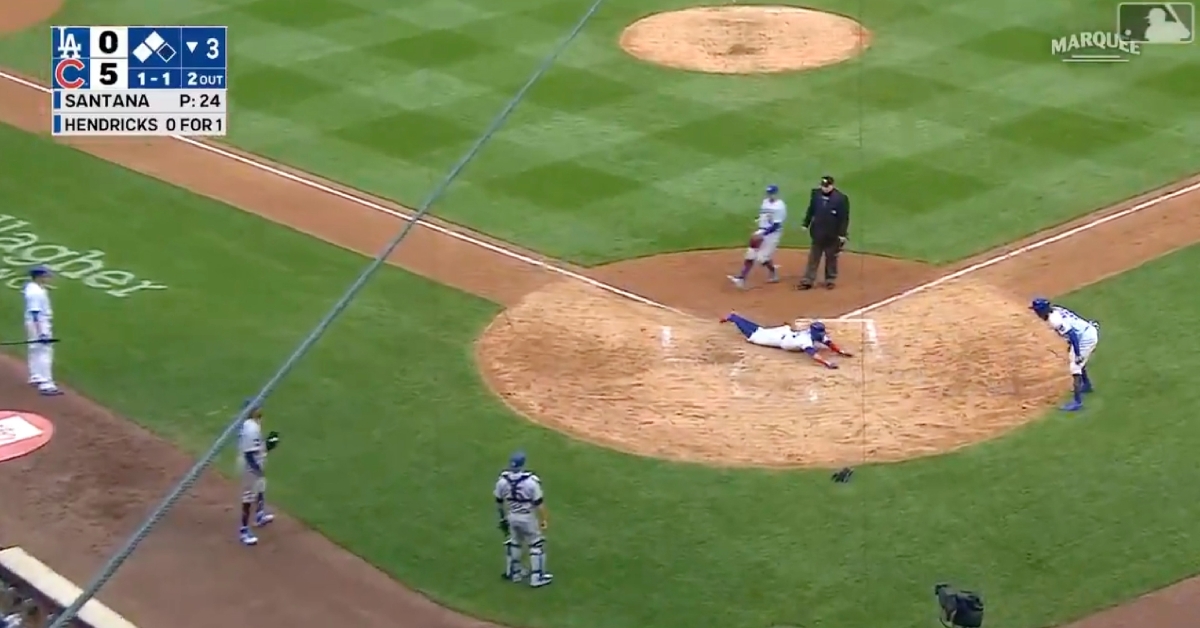 A futile throw to the plate from Austin Barnes was off the mark, thus allowing Ildemaro Vargas to score.

CHICAGO — The Los Angeles Dodgers' pitching woes early in the opener of Tuesday's doubleheader continued in the bottom of the third, with reliever Dennis Santana throwing a costly wild pitch that enabled two runs to score. Santana relieved starter Clayton Kershaw, who gave up four runs in his one inning pitched, and the Chicago Cubs took a 6-0 off him in the third inning.

Santana pitched a scoreless second frame but struggled after beaning center fielder Jake Marisnick with two outs in the third. Marisnick remained in the game after getting hit on the wrist by a 94-mph sinker and wincing in pain. He then showed great baserunning prowess by hustling to third base on an ensuing base knock off the bat of second baseman Ildemaro Vargas.

Vargas stole second base with starter Kyle Hendricks at the plate. The stellar baserunning continued for the Cubs when Santana threw a bad pitch that got away from catcher Austin Barnes. Marisnick scooted home and slid in safely, and a throwing error committed by Barnes enabled Vargas to score with ease, electrifying the fans at Wrigley Field and increasing the Cubs' comfortable lead.

The only thing better than a clean uniform. #CubTogether pic.twitter.com/jVUPLmyJ8o