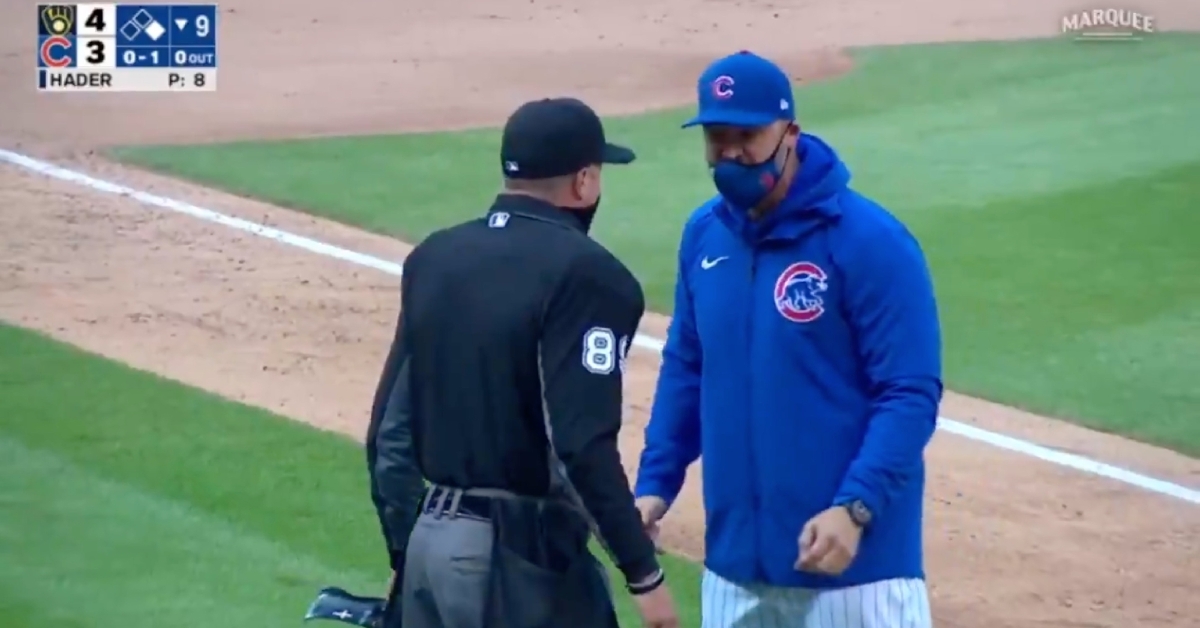 Cubs skipper David Ross was tossed for voicing his displeasure with a missed call made from behind the plate.

CHICAGO — A terrible strike call that did not go the Chicago Cubs' way resulted in Cubs manager David Ross getting ejected at an inopportune time on Saturday. With the Cubs trailing by one run in the bottom of the ninth, Ross was tossed for shouting at home plate umpire Cory Blaser from the dugout.

Pinch hitter Jake Marisnick was on the receiving end of the egregious strike call, which came on the first pitch of his at-bat. A fastball from Milwaukee Brewers closer Josh Hader that was clearly high and out of the strike zone immediately followed a walk drawn by shortstop Nico Hoerner.

Marisnick was visibly upset by the call, and Ross let Blaser hear about it, causing Blaser to end Ross' afternoon a little early. The awful strike call and Ross' subsequent ejection seemed to ruin whatever momentum the Cubs gained from Hoerner's leadoff walk. Hader fanned Marisnick on three pitches for the first out of the half-inning and drew two straight outs after that to lock up the Brewers' 4-3 win at Wrigley Field.

In his postgame press conference, Ross derided the call, saying it was "a bad call" and adding that "it just can't happen." The 4-3 loss snapped a four-game winning streak by the Cubs and set up a rubber match to close out the three-game series at the Friendly Confines on Sunday.