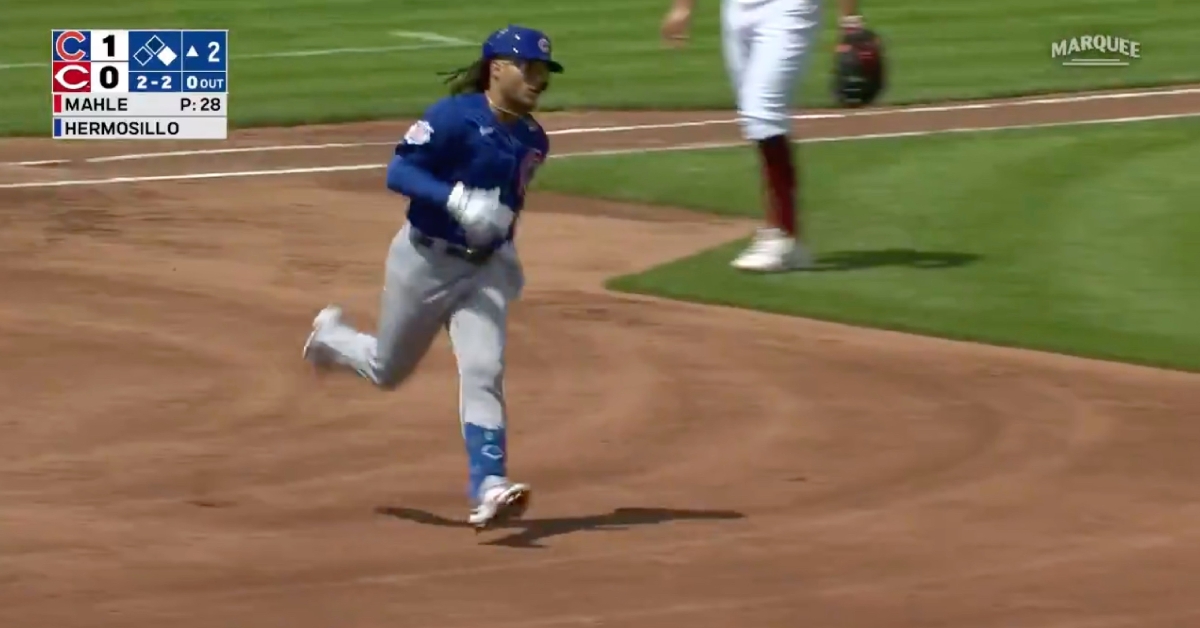 CINCINNATI — After Chicago Cubs left fielder Ian Happ homered in the first inning, Cubs right fielder Michael Hermosillo belted a two-run jack in the second inning on Wednesday. Coming in his first start as a Cub, Hermosillo's dinger soared 441 feet out to left-center field at Great American Ball Park, leaving the yard at 108.8 mph and 29 degrees.

The tape measure home run was Hermosillo's first in the big leagues since 2018. Cincinnati Reds starter Tyler Mahle gave it up on a 93.3-mph four-seamer. Hermosillo, who was called up by the Cubs on Tuesday, now has one long ball and two RBIs on the season. He plated second baseman David Bote, who drew a leadoff walk in the previous plate appearance.