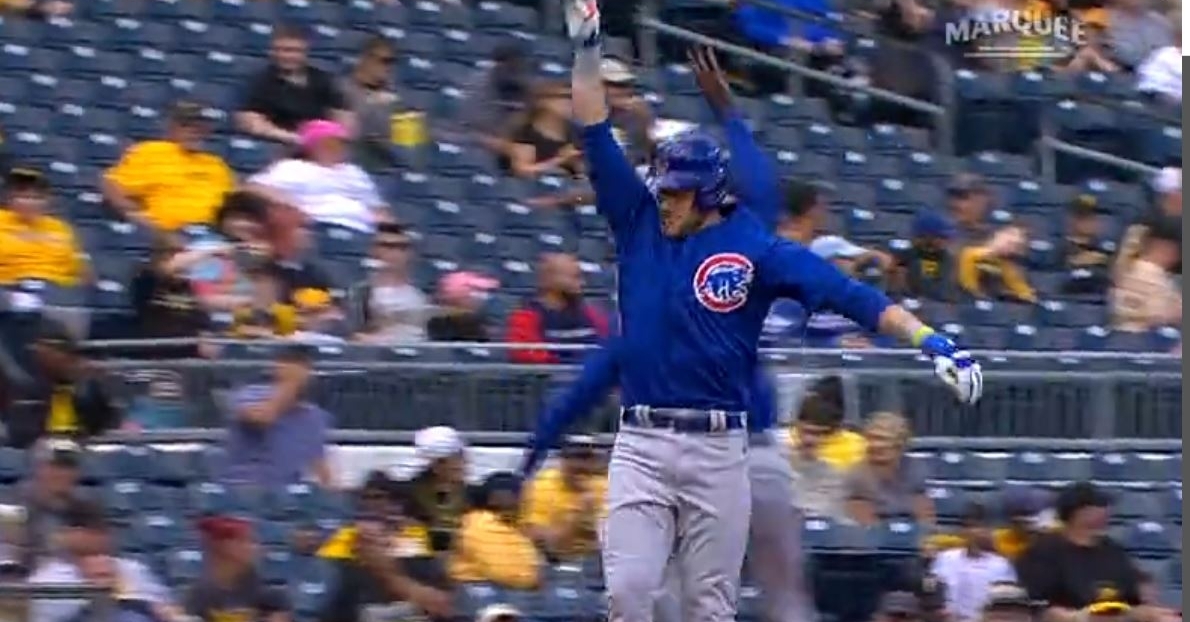 Wisdom is good to have.

Chicago Cubs third baseman Patrick Wisdom crushed a three-run homer to put the Cubs up 3-0 in the fifth inning against the Pittsburgh Pirates on Sunday afternoon.

The homer traveled an impressive 445 feet with an exit velocity of 108.5 MPH.

It was his third homer in his last five games, and he became the fourth Cubs third baseman to hit multiple 25-homer seasons, joining Ron Santo, Aramis Ramirez, and Kris Bryant.