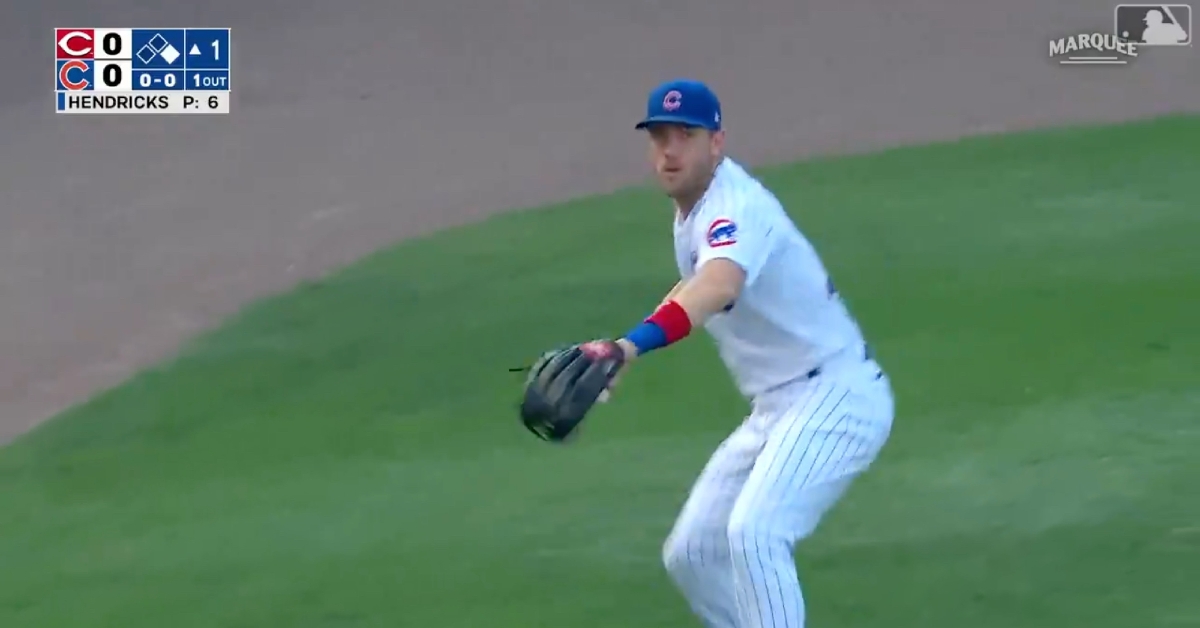 CHICAGO — Interestingly, four third-basemen-by-trade started for the Chicago Cubs at Wrigley Field on Monday, and two them teamed up for a putout at second base in the first inning. Cincinnati Reds left fielder Jesse Winker was gunned down by Patrick Wisdom, who started in left field, while attempting to stretch a single into a double. Wisdom's assist came on a rocketed throw made near the left field line.

David Bote, who started at second base, caught Wisdom's on-target throw and applied the tag on Winker's fingertips just in the nick of time, as Winker nearly slid in safely. The highlight-worthy play marked the second out of a scoreless top half of the first. Kris Bryant, the Cubs' true starting third baseman, started in right field on the evening, while Matt Duffy started at third base for the North Siders.