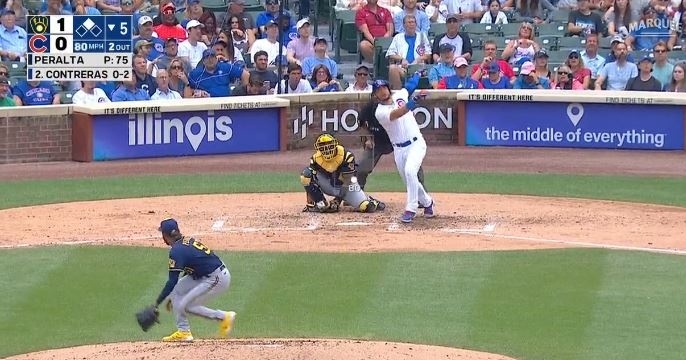 Chicago Cubs catcher Willson Contreras blasted a two-run homer to put the Cubs up 2-1 against the rival Brewers on Saturday afternoon at Wrigley Field.

It was his 20th homer of the season and the fourth season of 20 homers or more in his MLB career. He is the 17th player in team history to have four such seasons and the first catcher.