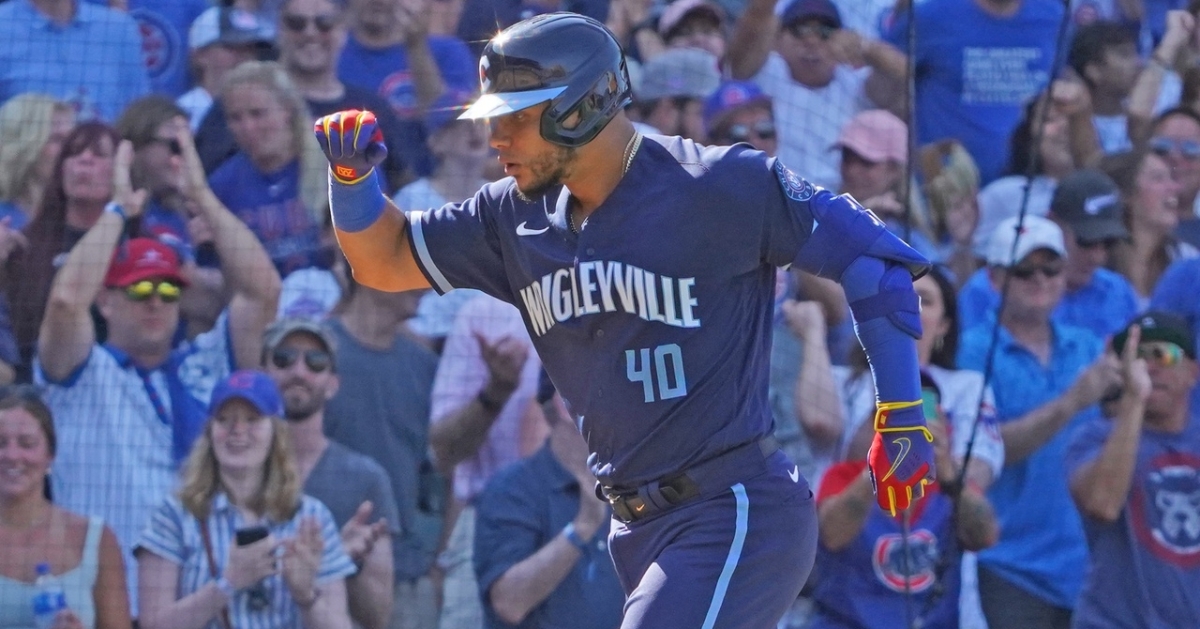 ST. LOUIS, MO., December 9, 2022 – The St. Louis Cardinals announced today that they have signed free-agent All-Star catcher Willson Contreras to a five-year contract (2023-27) that includes a club option for 2028. Financial terms of the deal were not disclosed.

“We are pleased to introduce Willson Contreras as the newest member of the St. Louis Cardinals,” stated Cardinals President of Baseball Operations John Mozeliak. “Willson is a proven All-Star performer who is driven to win each and every day. The Cardinals have had a lengthy history of standout catchers, and we feel that Willson is someone who is capable of adding his name to that distinguished list in the years to come.”

Contreras, 30, has played seven seasons with the Chicago Cubs and was the longest active tenured member of the organization when he became a free agent at the end of the 2022 season.

The native of Puerto Caballo, Venezuela, is a four-time postseason participant, playing in 30 games, and won a World Series in 2016. He was named as the starting catcher for the National League All-Star team in 2018, 2019 and 2022.

Contreras has appeared at five different positions, primarily at catcher with 626 games, followed by 39 in the outfield, 11 at first base and two at third base. His 5,016 career innings at catcher rank 7th-most among MLB catchers from 2016-22, including leading all MLB catchers with 1,109.2 in 2018.

His brother, William, has played for the Atlanta Braves since 2020 and the two brothers started for the National League in the 2022 All-Star Game, the 5th set of brothers to start an All-Star Game in the same year.