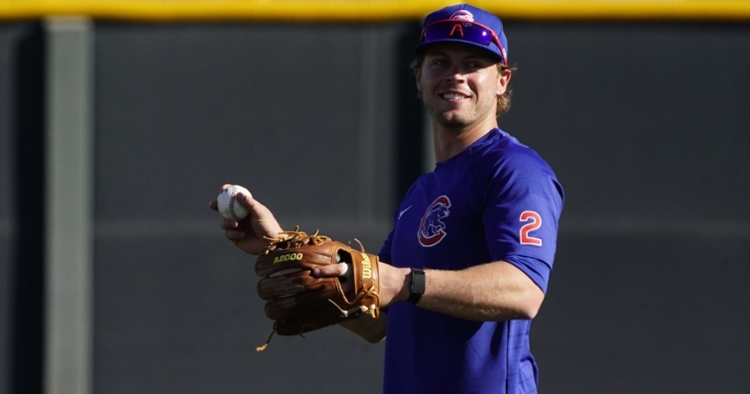 Over the last decade, one of the few positions that needed to be addressed was the shortstop spot. From Starlin Castro to Addison Russell and then Javy Baez, the Cubs had a great trio of options patrolling short for a decade-plus. After Castro was traded and Russell was cut, the position was Baez's to lose, and he held down the fort for several years.

Then can 2021, when he was on the verge of hitting free agency and the Cubs were faced with a tough choice of what to do with him. That choice was made in July as the Cubs were falling out of contention and Baez was struggling, so the team decided to part ways and traded him to the Mets for Pete Crow-Armstrong.

That was not an easy decision, but one that had to be made for the Cubs to continue the retooling path they had been on. In 2022, the shortstop position will have a familiar face, but not one you have seen all that often as the former 'El Mago.'

One of the more intriguing pieces to watch on the team this season is Nico Hoerner. Drafted in the first round in 2018, Hoerner reached the majors in 2019 and has been part of the team ever since. His high contact approach is what this team needs as he has the ability to not only hit for a high average, but more power should come as he continues to fill out his frame.

The problem with Hoerner is that has never played an entire season as the injury bug has gotten a hold of him. From a broken wrist to hamstring and oblique injuries, Hoerner has yet to show the Cubs he is durable enough to handle an everyday role.

Despite most likely entering the season as the starting shortstop, look for Hoerner to move around the diamond this season as the Cubs will do what they need to do to keep him healthy. They also want his bat in the lineup as the high contact approach he brings certainly helps this team.

When it comes to Hoerner, health is the most important thing for him. Fans have seen what he can do when in the lineup and can only imagine what he could do should he play a full 162-game slate. No one is asking him to play every day, but to at least give the Cubs 120 games would be huge.

Although most fans expect him to get hurt at some point this season, I expect somewhat of a breakout year for Hoerner in 2022. That alone will likely make fans feel better about him as he has a chance to prove his worth within the organization once again.

The Cubs have been very busy the last few days, and that started on Monday when the Andrelton Simmons deal became official. The defensive wizard at shortstop signed a one year four million dollar deal with Chicago and is bringing his gold glove defense with veteran leadership to this team.

He is not much of an offensive player; Simmons is coming off a terrible season, but he has still hit .262 for his career. Certainly not an everyday player anymore at this stage of his career, the Cubs are going to maximize what they can get out of him as they know his capabilities in the field. Losing a guy like Baez is tough to swallow, especially on the defensive side.

At the very worst, Simmons can help replace that, and some would argue that he is even better in the field than Baez. Should he give this team even minimal offensive production, it would be a pleasant surprise and something the Cubs could use to their advantage this season.

With Hoerner expected to move all over the diamond, look for Simmons to get plenty of chances at shortstop. Even on days when he doesn't start, his glove is too good to keep out of the lineup, so he will be used as a defensive replacement late.

This was a move the Cubs should have made years ago when Simmons was still a player at a respectable level compared to where he is now. However, the Cubs had too many in-house options to make it work. Now is their chance to prove he still has something left, as they didn't hesitate to make this move happen.

The Cubs have also signed veteran infielder Jonathan Villar that can play some shortstop during the season.