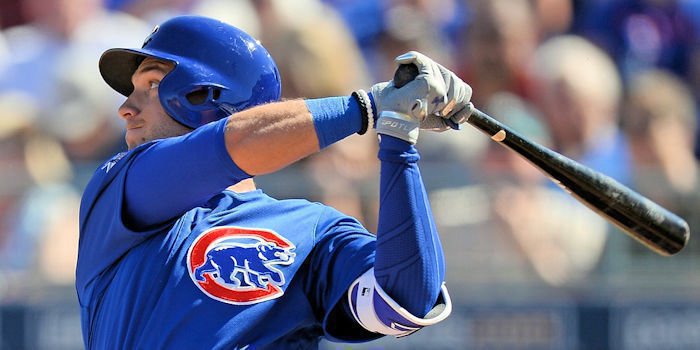 After clobbering the White Sox yesterday, the Cubs traveled to Goodyear Park this afternoon, to face the Cincinnati Reds. Alec Mills got the start for Chicago, facing off against the righty, Tony Santillan.

The Cubs would blow it open in the seventh, cruising to a final score of 9-1.

T1: Albert Almora, Jr. would get the Cubs an early lead with a no-doubter, leadoff home run to left-center. After recovering from Almora’s blast, Santillan would settle down and retire the next three in order, taking Daniel Descalso by strikeout. Cubs lead 1-0.

B1: In his first start this spring (second appearance overall), Alec Mills would give up a one-out single to Gennett, and Suarez would reach on a fielding error by Baez, but Mills would get out of the inning without allowing a run, collecting two strikeouts (Puig, Schebler).

T2: Santillan would give up back-to-back, two-out walks (Ryan Court, Phillip Evans), but would escape the inning unharmed while collecting another strikeout (Mark Zagunis).

B2: Mills would issue a walk (Barnhart), but would post another scoreless frame, striking out Dietrich for his third K of the day.

B3: Brian Duensing would take the mound in the third, retiring the Reds in order (Evans, Gennett, Puig).

T4: Lorenzen would return for the fourth, starting the frame with a strikeout against Victor Caratini. With two out, Jim Adduci would single to center, but the Cubs would fail to advance him.

B4: Righty, George Kontos, would come on in relief of Duensing, striking out Eugenio Suarez on three pitches to start the frame. Almora would fly across the outfield to retire Schebler on a fly ball to the warning track, then back that up by catching a flyball from Dietrich to end the inning.

B5: Randy Rosario would pitch the fifth, giving up a leadoff double to Peraza. With one away, the Cubs would erase Peraza on fielder’s choice, scored 6-4-3 (Baez, Descalso, Court). Rosario would get a groundout (Winker) to end the inning without allowing a run.

T6: Right-hander, Rasiel Iglesias would open up the fifth by issuing a walk to Descalso (Trent Giambrone to PR for Descalso). Iglesias would fan Baez (swinging), then retire Caratini on a flyout to center. With two out, Zagunis would double to right, scoring Giambrone from first. Adduci would fly out to end the inning. Cubs lead 2-0.

B6: Allen Webster would hurl for the Cubs in the sixth, retiring the side in order, which included a swinging strikeout (Puig).

T7: Facing righty, Jared Hughes, the Cubs would add to their lead. Ryan Court singled to start the inning, but Chesny Young (pinch running for Court) would be cut-down trying to steal second. Phillip Evans would hit a triple but would be replaced with pinch-runner Jared Young. A single by PJ Higgins would score Young, and Burks would follow with a double. Giambrone would walk to load the bases with one out. Zack short would have hit into a double play, but an errant throw to second by Gonzalez, would score three more. By the time the mayhem was over for the Reds, the Cubs would score five runs and extend their lead to 7-0.

B7: Allen Webster returned for the seventh, starting the inning with a pair of strikeouts (Dietrich, Crook), then retiring Gonzalez on a groundout.

T8: Lefty, Amir Garret, would take the mound in the eight, giving up back-to-back singles (Adames, C. Young). Adames would tag-up and take third on a flyout, then would score on a wild pitch; Chesny Young advances to second on the same play. Young would score on Burks’ single to right, making the score 9-0 in favor of Chicago.

B8: Craig Brooks (RHP) would take the bump in the eighth, sending the reds down in order on a flyout and a pair of groundouts, keeping the shutout intact.

T9: Righty, Jackson Stephens, took the mound in the ninth for Cincy, retiring the first two, but Johnny Field would tag Stephens for a single. The Cubs wouldn’t score this inning, but they already had more than enough, leading 9-0.

B9: Oscar de La Cruz would close it out for the Cubs, but not before the Reds would get on the board. De La Cruz would serve up a one-out, homerun-ball, but that’s all they’d get. Final score Cubs-9; Reds-1.

Tomorrow it’ll be the Cubs (now 7-4) vs the Angels at 3:05 PM, from Tempe Diablo Stadium in Tempe, Arizona. 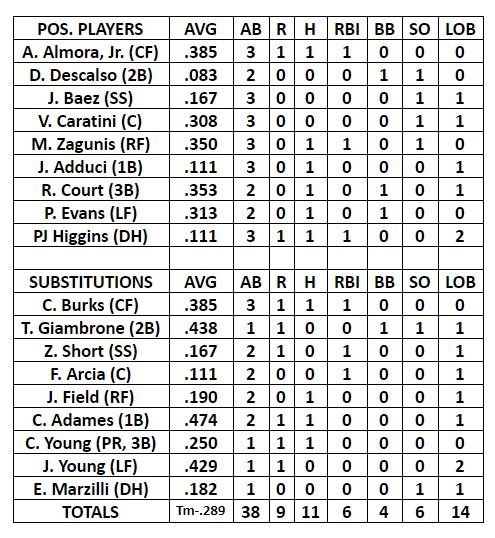 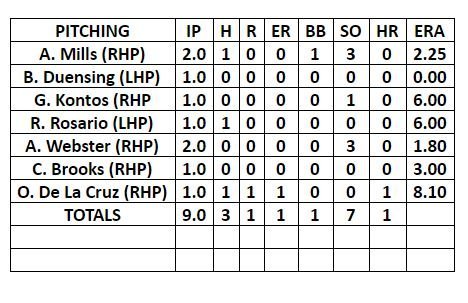