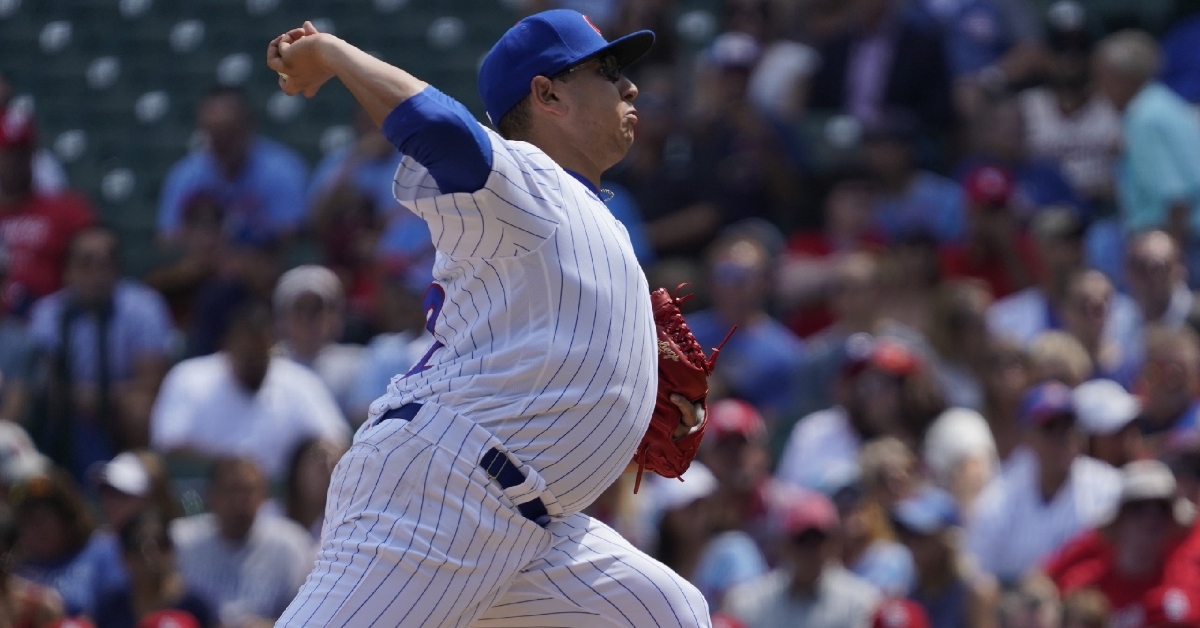 CHICAGO - With four games against the St. Louis Cardinals (70-52) the next three days, including a doubleheader on Tuesday, the Chicago Cubs (53-69) knew they would not only need a starter on Tuesday, but on Wednesday as well.

After it was reported initially that Caleb Killian would be taking the ball in one of the two games, David Ross shocked everyone by announcing that Javier Assad would be making his MLB Debut at Wrigley Field for game one of Tuesday's doubleheader. The 25-year-old right-hander has posted a 3.96 ERA across his Minor League career and was having a great 2022 going 5-3 with a 2.66 ERA across AA and AAA this season.

Not knowing what to expect, Assad had a tall task of going against a red-hot Cardinals team and taking the ball against a future hall of Famer in Adam Wainwright. Despite not qualifying for the win, Assad was great and showed the Cubs and their fans plenty of potential as he paved the way for an impressive 2-0 victory for the Cubs.

Assad gave the Cubs four shutout innings and saw him pitch into the fifth, where he finished with just four hits allowed and three strikeouts. He did walk four and had to pitch out of several jams, but at 85 pitches when he was pulled, he gave the Cubs an excellent first start.

Wainwright is no stranger to facing the Cubs, having over a full season worth of starts against him. Despite going six strong innings on his end and allowing just five hits, he was on the short end of the stick, allowing both runs and falling to 9-9 on the season.

Assad had to pitch out of trouble immediately in the first inning when Lars Nootbaar led off the game with a double, but was left stranded on the bases. Pitching out of trouble was a theme for him, but he did a fantastic job keeping the Cardinals bats in check.

The Cubs' first scoring chance came in the second inning when they had Wainwright on the ropes. With Seiya Suzuki reaching base via an error to start things off, Franmil Reyes followed that up with a single to put a pair of runners on with no outs. That would be it for the Cubs as Wainwright did what he has done so often by inducing soft contact and keeping the Cubs off the board.

After retiring the first two hitters in the third, Assad ran into his toughest jam of the dam as a pair of walks to Paul Goldschmidt and Nolan Arenado mixed with the Brendan Donovan single gave the Cardinals a bases-loaded situation and a chance to strike first. Assad didn't let that phase him and got Nolan Gorman to induce into an inning-ending groundout to end the threat.

While the Cardinals may not have been able to cash in during the third, the Cubs did as they finally solved Wainwright this season. What started with singles from Christopher Morel and Zach McKinstry to lead things off was followed by an RBI groundout from Nico Hoerner, with the Cubs leading 1-0. Ian Happ followed that up with a walk, with Suzuki coming through with an RBI single up the middle to make things 2-0 in favor of the Cubs.

Granted, that may have been the last run the Cubs scored in the game, given the way Assad looked, especially when it came to working out of trouble; you had to like their chances. After allowing a pair of base runners to begin the fifth, Ross decided to go to his pen with Michael Rucker coming in first. Not only did Rucker strand those runners, but he did so in a way where he gave the Cubs his best outing of the season.

Add in a scoreless sixth from Rucker, and the Cubs bullpen continued to do the job they have done for the better part of the last month. Hoping for support in the sixth, Rafael Ortega started things off with a leadoff walk before the two-out single from Morel put a pair of runners on, only to have the Cubs come away empty-handed.

A pair of scoreless frames from Sean Newcomb, who is suddenly coming into his own, helped send the game into the ninth, where the Cubs were just three outs away from a victory. Less than a week ago, Brandon Hughes had zero MLB saves, and now it looks like he is the active closer. Going for his third save in as many tries, Hughes was tough again, retiring the Cardinals in order for save No.3 and giving the Cubs a 2-0 win.

The Cubs had five hits in the game, with Morel leading the way with two. Reyes, Suzuki, and McKinstry had the other three as the Cubs get set for game two tonight. Adrian Sampson gets the nod for Chicago.