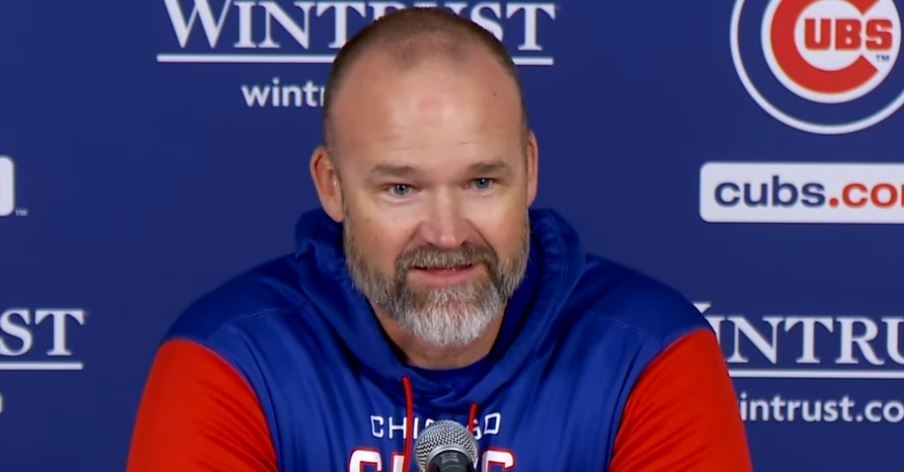 The Cubs hired David Ross after the 2019 season. Ross came to Chicago to replace Joe Maddon, the Cubs arguably most successful manager of all time — as he is the only one with a World Series ring to show for it. Maddon had an unorthodox way of coaching, but it led the Cubs to the playoffs in four of five seasons, three trips to the NLCS, two division titles, a World Series, an MVP, a CY Young, a rookie of the year, numerous all-stars, silver sluggers, gold gloves and of course a 471-339 record — which earned him a Manager of the Year award as well.

Needless to say, David Ross had some big shoes to fill. And the Cubs did not give him the most appealing situation of all time to take over. While Joe Girardi and Joe Espada were among the candidates that the Cubs interviewed, it appeared the Cubs chose Ross because they knew a rebuild was inevitable and the future of the players on the roster was written on the wall. Ross got the keys to an aging core with little to no financial flexibility, and to add insult to injury — a pandemic was on the way.

Ross was hired after being a known leader on the Cubs' 2016 World Series winning team. And after spending a few years in retirement announcing for ESPN and competing in dancing with the stars — Ross came back to the dugout. However, it was Ross’ first ever professional coaching experience, and many wondered if he was qualified for the job, much less capable of policing players like Anthony Rizzo and Jon Lester, whom he was well-documented to be great friends with.

With all of this doubt surrounding Ross, plus all of the uncertainty of the futures of the players on his roster, on top of all of the unprecedented of ongoing global pandemic — the 2020 season had to have been one of the most difficult scenarios for any manager, much less a rookie manager.

But, all Ross did was manage a team that ended up being the only team in the entire major leagues to not have a positive COVID-19 test across the organization — and the Cubs coasted to a division title with an underachieving roster. Then came the 2021 season, where the Cubs were first in the NL Central before a historic losing streak and an epic sell-off at the trade deadline — which Ross turned into finding two Rookies of the Year candidates and bullpen pieces for the future.

And in 2022, despite having an underwhelming roster and another trade deadline sell-off — Ross led the Cubs to a 39-31 second-half record and pushed the front office toward spending money.

While having two losing seasons and an overall record of 179-205 in three seasons is sure to make a fanbase call for a change at the top step, the Cubs should feel confident in Ross. Ross was issued an extension during the 2022 season for good reason, as Ross has displayed an excellent ability to manage a pitching staff — something he did throughout his career as a catcher. He has shown his ability to maintain strong control over the clubhouse — something many players advocated that Ross did during his playing career. And he has shown no problem with discipline, even if they are players he used to play with.

Nonetheless, the Cubs should feel supremely confident in David Ross as their manager moving forward.