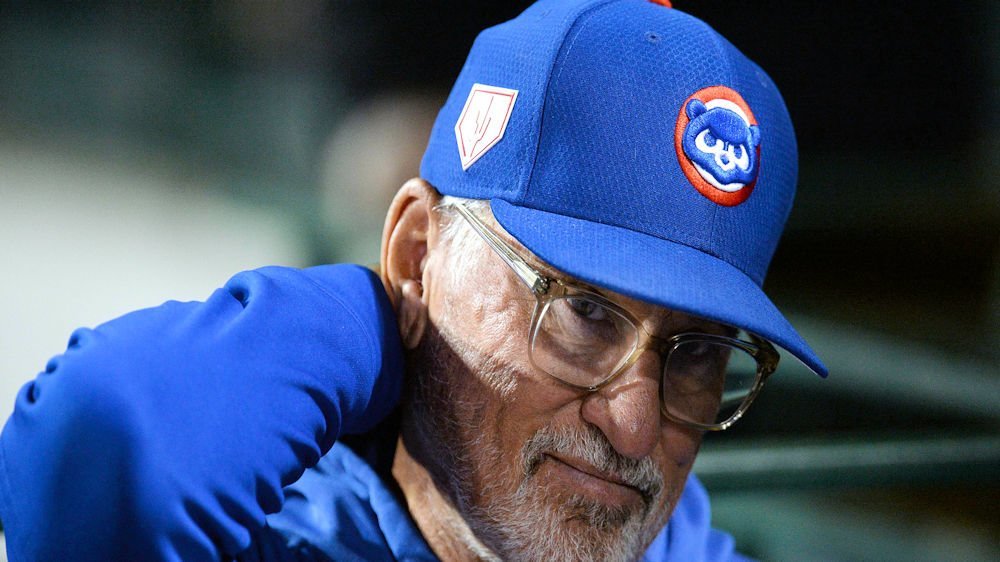 Three years ago, millions upon millions of Cubs fans were dancing in the streets as we celebrated something that we thought may never happen. Then, we had talked of a dynasty brewing in Chicago with aspirations of winning multiple world series titles. How could you not believe that with a young and ever-improving core, tremendous starting pitching, and a manager who despite off the wall ideas, at times continued to prove us wrong?

Fast forward three seasons and the Cubs are in a position that many never thought they would be in with their Manager on the Hot seat. The question is, have we seen the end of Joe Maddon before this season is finished?

Maddon, came into this year hoping for a new contract extension. He has a legit argument to earn one given what he did in his first four seasons as manager. After taking over a struggling team in 2015, Maddon led the Cubs to the best second-half record in baseball en route to a 97-65 campaign earning the second wild-card spot. They then went on to beat both the Pittsburgh Pirates and St. Louis Cardinals in the playoffs before getting swept by the Mets in the NLCS.

With that much success so quickly, the Cubs were eager to make it back and began transforming their roster into a juggernaut for the 2016 season. After coming out on fire to open the season 27-8, the Cubs started to fade around the all-star break but still managed a comfortable seven-game lead at that point. Looking to find the key to a long postseason run, the Cubs traded away then top prospect Gleybar Torres, with Billy McKinnie and Adam Warren for fireballing closer Aroldis Chapman.

The deal was the perfect move as the Cubs steamrolled through the regular season to go 103-58 earning the top seed in the National League. It was now time for the postseason, which for the first time since 2008, the Cubs were the favorites to go all the way. After taking down the Giants 3-1 in the NLDS, Chicago found themselves down 2-1 to the Dodgers and on the verge of another heartbreak. Then a flip was switched as the Cubs rallied for three straight wins to claim their first pennant since 1945.

Seven games later the second of November 2016, the Cubs did the unthinkable coming back from a 3-1 World Series deficit against the Cleveland Indians to win their first World Series title since 1908. Chicago was on top of the world, and everything was going well, or so everyone thought.

The 2017 season was going to look drastically different as several key players from their world series roster went on to greener pastures. You could tell that was an issue early as Maddon suffered his first losing month as a Cubs manager that may before limping into the all-star break 46-48. Despite that record, Maddon and the Cubs had a history of second-half success, and once again went on a long run after sending away Eloy Jimenez and Dylan Cease for Jose Quintana to finish the season 92-70 and in first place again.

With a third straight playoff berth, the Cubs had experience on their side which came in handy against the Nationals whom Chicago knocked off in 5 games to make it back to the NLCS for a third straight season. That is where everything seemed to come crashing down as the Dodgers dismantled the Cubs 4-1 sending them home for the winter.

Not many people would complain about an NLCS loss, but it was the way the Cubs lost that brought up significant concerns, causing Maddon and the Cubs to bring in a new hitting and pitching coach for 2018. Those moves seemed to pay off for nearly five months as the Cubs were on pace for another division title and owned the best record in the national league. Then came September a month that could have drastic implications for this team’s future.

Whether you want to use excuses or not, the Cubs did not play well the final months of the season as they let a six-game lead in the division get away. With Milwaukee catching fire, the Cubs floundered to stay afloat settling for series splits instead of victories. Even with a 95-win season, the Cubs missed out on the division falling to the Brewers at home in game 163. Two days later, the Cubs were bounced from the postseason as the Rockies took care of them in the wild card game 2-1 in 13 innings.

Shocked, Maddon once again changed his staff for 2019 and vowed to be more involved with helping the team do better. But what if, just maybe Maddon has lost his team? What all those wacky road trips, mix, and matching lineups and just laid-back personality have gotten to be too much for Chicago. What if he has lost his team?

With only two games before the all-star break, the Cubs are 46-42 tied with Milwaukee. The problem isn’t their record per se, but the way they have been playing for six weeks. It has even gotten so bad to where they lost 18-5 to Pittsburgh on Monday and are 5-15 in their last 20 road games.

Yes, the Cubs are battling a ton of injuries right now, but this team isn't showing a ton of heart and fight, and that is the job of the man in charge. Fans have grown frustrated with Maddon and the way he manages this team. Trust me, I have been one of the biggest Maddon supporters for years, but even I am at my wits end watching the effort this team has been showing.

The same problems that haunted the Cubs down the stretch last season are back and nothing is being done about it. Maddon seems to go about his business as if nothing is wrong and that the team will break out of it eventually. That is a good thought, but this is happening way too much, and I truly believe that he has lost his team.

If you look at the demeanor in the dugout, no one is having fun, no one shows any emotion, and most importantly, no heart or leadership is being displayed. Two years ago, if this were going on, someone would step and speak out about the team’s performance. Now it is as if no one cares. Maddon always has a puzzled look on his face in the dugout but won’t get in his teams face to challenge them with these issues. If things don’t turn around quickly, they can forget about the division and maybe talking about selling off some assets in a few weeks instead of acquiring them.

That brings me to my first initial question, is Joe Maddon done in Chicago? All along I have been saying the only way he keeps his job was if the Cubs managed to make a long postseason run to the NLCS, but I don’t even think that would have been enough. Now I am starting to wonder if he makes it through the season given the way his team has been playing.

Maddon has the benefit of winning that world series three seasons ago which may keep him employed through the end of the year. The front office respects him enough where they may ride this out this season and reevaluate the team’s situation in the offseason.

Changing coaches in the middle of the season tends to backfire sometimes, but maybe that would be the wake-up call the Cubs need to get back on track. This team is far too talented on paper, to be this bad for so long, but maybe their talent is not at the level we thought it once was. That comes down to the manager not getting the best out of his players daily which is something that needs to be done, or this once promising core will soon be gutted, and the Cubs will go back to rebuild mode once again.

I will always have the utmost respect for Maddon and what he has done for this organization since 2016, but his time might be up soon in Chicago. There is an old saying, “Coaches are hired to be fired.” Maddon came here with one goal in mind, and that was to win it all. He accomplished that feat. Now, his wacky managing style is not working, and the Cubs are behind the times which is starting to show on the field. I know Joe Girardi’s name has floated around for quite some time, but would Chicago pull the trigger on him midseason or wait until the offseason ahead. All in all, it will be interesting to see how this plays out.