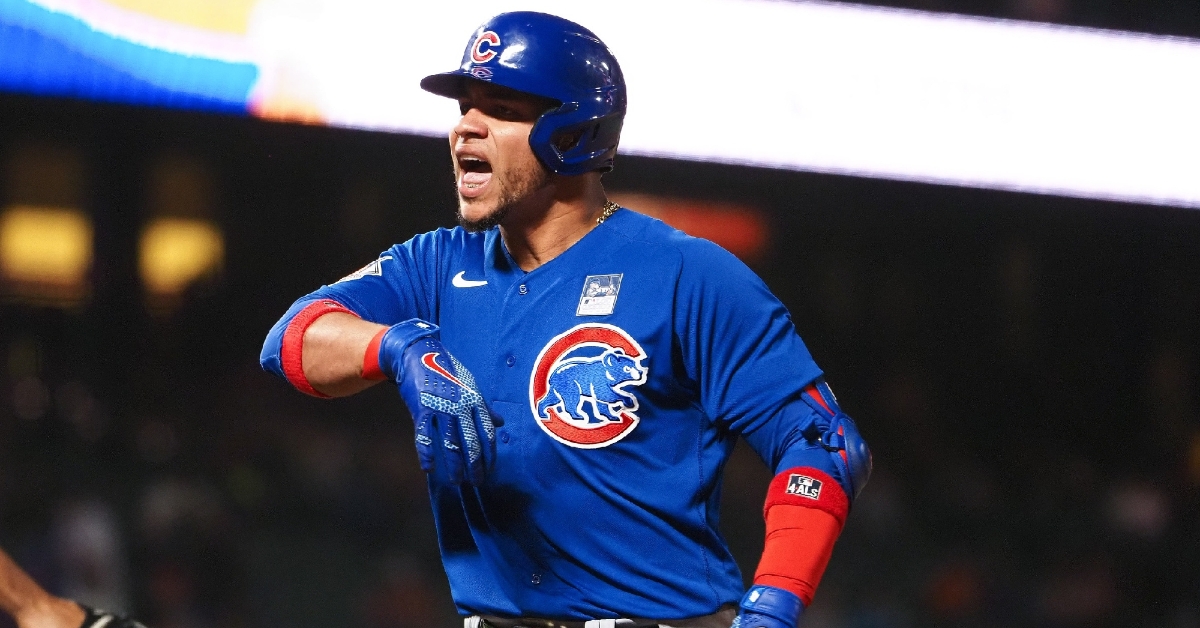 Kyle Hendricks is officially the only member of the Cubs 2016 World Series team to still be playing baseball for Chicago. Willson Contreras was expected to sign anywhere else but Chicago after the way things went down with the catcher, but he will officially not be playing for the Cubs in 2023. In fact, it’s a worse-case scenario for Cubs fans as Contreras has signed on the be Yadier Molina’s replacement for the Cardinals.

Contreras had only known the Cubs organization, as he had spent nearly 14 years in the organization. The Venezuelan-born ballplayer came up in the summer of 2016 — and he felt the magic right away, clubbing a home run into the bleachers in his very first pro-at-bat in front of a packed crowd.

Contreras became a part of a three-headed monster behind the plate down the stretch in 2016 — sharing duties with Miguel Montero and David Ross. Contreras was clearly the best hitter of the crew, and Joe Maddon rewarded him with as many at-bats possible through the pennant chase. No Contreras hit was bigger than his home run in the clinching game 6 at Wrigley Field in the NLCS — or his RBI double in Game 7 of the World Series in Cleveland.

Then from 2017 on, the position belonged to Contreras. No player in baseball played more innings behind the plate since then, and Contreras was named a starter in the All-Star game for the National League in three of the next six seasons. He was known for his power above all else, being just the third Cub catcher to ever hit 100 home runs (and it only took him roughly six seasons). But Contreras made a name for himself for the passion he brings to the diamond, the leadership he provides behind the plate, and the cannon he possesses — as well as his aggressiveness to throw behind runners.

Contreras leads the leagues in back picks since being brought up and has worked tirelessly to improve his pitch framing and blocking — teh only two elements of his game that garner any disapproval. While an automatic strike zone may be coming, either way, Contreras is non-content with any criticism.

While Anthony Rizzo was the captain, and Javier Baez was the soul of the team — Contreras was undoubtedly the heart beat, and everybody knew it. That’s why, in 2021 when the Cubs let Kyle Schwarber walk and traded other members of the core: Rizzo, Baez and Kris Bryant — Contreras made perfect sense to be the player the Cubs extend and make a primary piece of their next great Cubs team.

But an extension was never worked out before Contreras’ walk year in 2022 — a road the Cubs were all too familiar with from just a year ago with their championship core. In fact, it had been reported that the Cubs hadn’t engaged in substantive discussions with Contreras about an extension since 2017.

The trade deadline in 2022 then came and passed. Contreras said goodbye to the Cubs fans and his teammates. He was emotional but prepared to depart — and instead, the Cubs let him twist in the wind and brought him back for the back half of 2022. Now, not only are the Cubs not going to get anything in return for their three-time All-Star catcher but a compensatory pick if they tag him with a qualifying offer (they did, his deal with St. Louis gives the Cubs a draft pick at the end of the second round in the 2023 draft) the organization that prides itself in the way it treats its players effectively screwed Contreras for a lack of a better term.

Reports have come out that a deal with the Astros fell through at the deadline, and the Cubs' asking price was too high for the Mets and other suitors — and eventually, Hoyer and Co. determined that the pick they would receive from him signing elsewhere was going to be better for their organization than any of the offers on the table for Contreras at the deadline at the time. But it leaves you wondering why? Why not sign Contreras to an extension and make his prime a part of the next great Cubs team? Why not trade Contreras at the 2021 deadline with more control and value to opposing teams if you knew he was not a part of your long-term future?

The hardest pill to swallow is the Cubs had the worst-case scenario with Contreras, even after watching how messy it played out with the core a year prior. Not only is he not a part of the Cubs' future, but the Cubs do not have anything in return for Contreras except for a compensatory pick.

And the worst part is, he’s in the division with the Cardinals — and will have 19 opportunities a year to show the Cubs they screwed up.