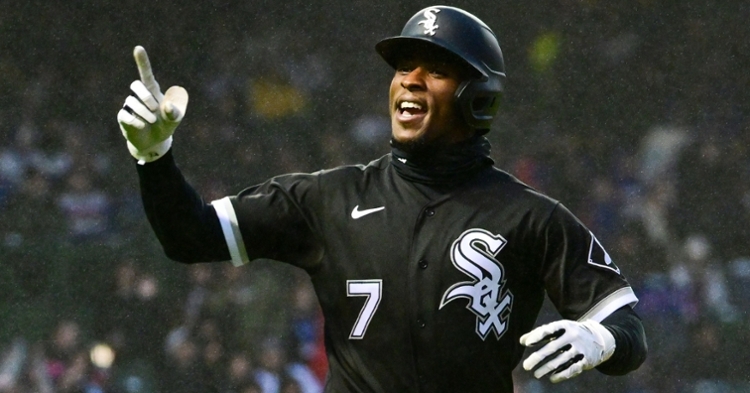 CHICAGO - Baseball in the great city of Chicago is more than just baseball. It is a lifestyle that brings millions of fans together. You have the Northside and the Southside, but both sides get together twice a year for what the city now calls the Crosstown Cup.

Hoping to reclaim the trophy for the first time in a few years, the Chicago Cubs (9-14) kicked things off with the Chicago White Sox (10-13) on Tuesday for round one of the Crosstown Cup. While the Cubs may be in a spot many felt they would be, the White Sox have been a surprise this season, but not in a good way, as they have struggled since their hot start.

Looking to kick them while they're down, the Cubs were dealt with a minor curveball before the game as projected starter Drew Smyly was put on the Bereavement list, which meant a roster spot was now open. Robert Gsellman took over his spot, but it was reliever Scott Effross getting the start in what would be a bullpen day.

That was not a surprise, but seeing Effross get the nod over Keegan Thompson had to be a minor surprise, especially when you consider the Cubs were up against Michael Koepech. One of the biggest offensive issues the last several seasons for the Cubs has been hitting high velocity. Not only does Koepech bring the high velocity, but across the early part of the season, he ranks No. 1 in average fastball velocity.

This was not a good matchup for the Cubs, and through four innings, you could see why as Koepech scattered just four hits, but, most importantly, allowed no runs to go with five punchouts. Give Effross and Thompson credit despite being thrust into a tough spot. They gave the Cubs five innings of work, allowing three runs on six hits. Ironically, neither of them walked a batter or struck out a batter as they pitched to contact to get the job done.

Unfortunately, that would not be enough as the Cubs offense continues to be lifeless with the Sox taking round one 3-1. Effross was able to work around a first-inning single, but started to run into some second-inning trouble. After a costly error allowed Jose Abreu to reach first leading off the inning, Adam Engel connected for a one-out double to put runners on second and third. One batter later saw Jake Burger dribble one down the third-base line as his infield single gave the Sox a 1-0 and spelled the end for Effross.

Add in the sacrifice squeeze bunt from Reese McGuire off of Thompson, and the White Sox led 2-0 early. The Sox continued their hot start in the third inning, with Tim Anderson leading things off with a solo shot to right, extending the lead to 3-0. That would be the last of the White Sox runs, but it didn't matter when you look at how much the Cubs offense struggled again.

It took four innings, but the Cubs finally had a great scoring chance off of Koepech. With Frank Schwindel reaching base on a soft single to center, Jason Heyward worked a two-out walk before an error loaded the bases. Looking for a hit to pull within one, the Cubs came away empty as Koepech kept the White Sox in front 3-0.

In the fifth, it was the White Sox turn to leave the bases loaded, with Thompson hitting the first two hitters and then allowing a one-out Yasmani Grandal single. Like their offense in the bottom of the fourth, the Sox came up empty as Thompson induced an inning-ending double play.

With Koepech out of the game and Jose Ruiz on to pitch the sixth, Chicago finally came through on offense as they were not going to come away without a run. Ian Happ led things off with a walk before the next two hitters were retired. Thankfully a Heyward single extended the inning before the Nico Hoerner double brought in Happ to make things 3-1.

That would be the last of the Cubs runs, but the final baserunner they would have as the trio of Aaron Bummer, Matt Foster, and Liam Hendricks retired the final nine Cubs hitters in order, with the White Sox taking game one by a score of 3-1. At this point, you have to wonder if the offensive struggles fall on the players more so than the coaching as a new hitting coach continues to see the same results. The Cubs managed six hits in the game, all coming from a different player.