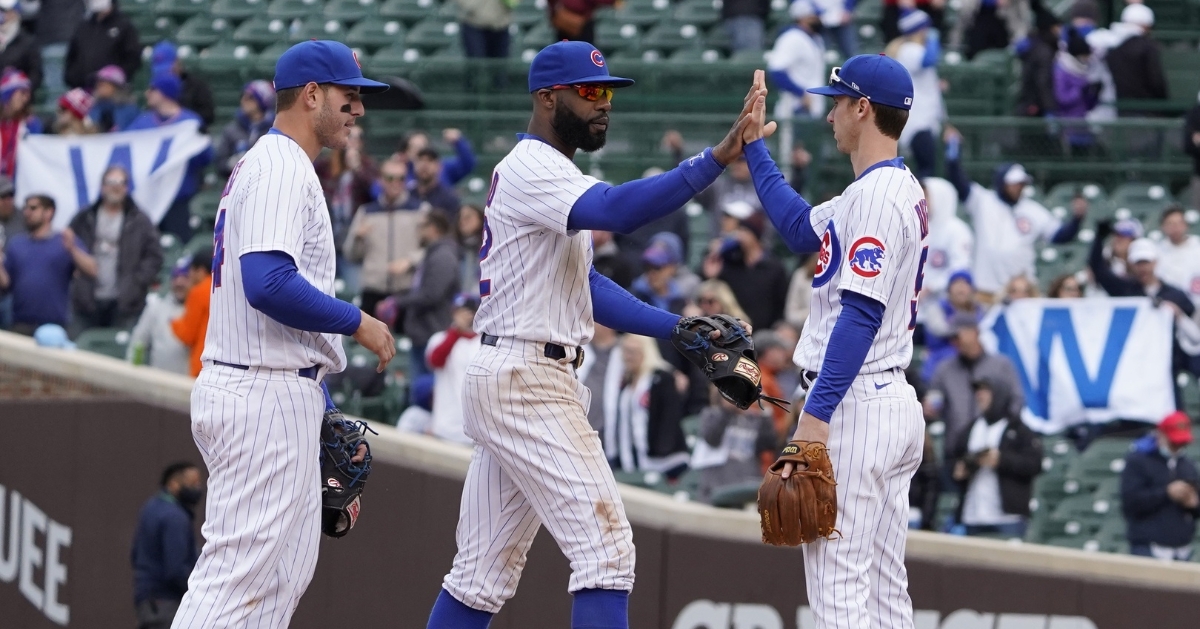 CHICAGO — More than just a utility player, Matthew Duffy has been a spark plug in his first season with the Chicago Cubs (17-16), and he came through in the clutch once again on Saturday. Duffy drove home what proved to be the winning run when he plated Jason Heyward with a two-out base knock in the bottom of the seventh. The Cubs went on to defeat the Pittsburgh Pirates (13-19) 3-2 at Wrigley Field, moving above .500 and extending their winning streak to five games for the first time on the year.

Speaking of firsts, Trevor Williams started against his former team for the first time and struck out six in four innings of work. Wil Crowe started on the mound for the Pirates and provided Williams with early run support by hitting a batter with the bases loaded in the bottom of the first. Singles by Kris Bryant and Javy Baez and a walk of Anthony Rizzo were followed by Willson Contreras getting plunked, which forced home Bryant. Jason Heyward then lined out to first baseman Colin Moran, who was injured while diving back to the bag in a failed attempt at tagging out Contreras. Moran immediately left the game, and David Bote then flied out to end the inning.

The Pirates stole a base in the first and second frames but failed to score in either inning. Following a leadoff single by Erik Gonzalez in the top of the fourth, Ka'ai Tom hit his first career homer with a two-run blast out to left-center. A Baez error put a man on a few at-bats later, and Williams gave up a two-out double to Adam Frazier before forcing Wilmer Difo to ground out and leave the two baserunners stranded. Contreras singled to lead off the bottom half of the inning and reached second on a wild pitch, which came on a third strike to Jason Heyward. The Pirates argued that Heyward obstructed the catcher while Contreras was running to second, but obstruction was not called.

Bote hit a base knock that advanced Contreras to third, and Eric Sogard plated Contreras with a sacrifice fly hit to shallow center, with Difo making an errant throw home that enabled Bote to reach second. The inning ended with Bote getting picked off at second base by Crowe. Keegan Thompson allowed a pair of Pirates to reach in the sixth but did not allow Pittsburgh to take the lead, with Baez helping Thompson's cause by making a leaping grab of a line drive while shifted to the right side of the infield. Crowe went six up, six down in the fifth and sixth innings, but Sam Howard toed the rubber to begin the bottom of the seventh.

Heyward drew a leadoff walk and stole second after Clay Holmes relieved Howard with two outs. Duffy then swatted his aforementioned go-ahead base hit to right. A diving Heyward avoided being tagged by catcher Michael Perez as he swiped the plate. The Buccos challenged the safe call, but the ruling stood. Duffy scooted to third when Holmes threw a wild pitch but was not scored, as Holmes struck Joc Pederson out swinging. The Pirates failed to place a runner in scoring position in the final two frames, and Craig Kimbrel tallied a save by closing out the Cubs' 3-2 victory in the ninth.