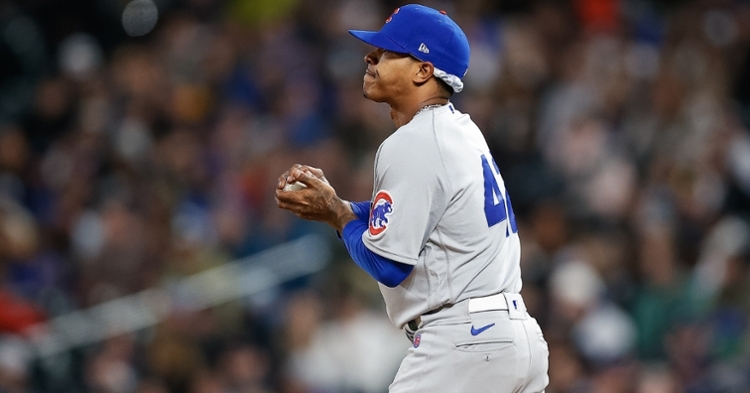 DENVER - If you watch baseball long enough, especially at Coors Field, you will know firsthand how fast a game can change. Things were looking good early for the Chicago Cubs (4-3) and starter Marcus Stroman, with the Cubs leading 3-0.

That was until the fourth inning when the Colorado Rockies (5-2) not only started to make some noise, but did all their damage with two outs. When you think about it, that is a hard enough feat as the Rockies pushed across five fourth-inning runs off Stroman with two outs. That not only gave them the lead for good, but a late insurance run proved to be the difference in what was a 6-5 loss.

Take away that inning, and Stroman was pitching well as he finished his outing with five runs allowed on six hits to go with one walk and four punchouts. Not the line he was hoping for, but there was plenty of good through three innings. Things went equally bad for Rockies ace German Marquez as he was pulled after 4 1/3 innings of work, allowing four runs on 10 hits.

One thing the Cubs continue to do well in the early part of the season is not only scoring first, but scoring early on. Given Marquez's struggles against the Cubs in his career, they wanted to make sure they would jump on him early. After failing to score in the first, the Cubs used a trio of singles by Jonathan Villar, Jason Heyward, and Alfonso Rivas to grab the 1-0 lead as Rivas drove home his first run of the season.

Two batters later saw Rafael Ortega drive one to right for another single as the Cubs lead grew to 2-0 before Rivas was caught in a rundown to end the inning. One inning later saw the Cubs continue to put the pressure on, with Nick Madrigal leading the inning off with a double and then coming around to score on the Willson Contreras double. You had an uneasy feeling even with a 3-0 lead as the Cubs had multiple opportunities to bust the game wide open and couldn't.

That would come back to haunt them in the end, but the fourth inning turned the game upside down. Following a leadoff single by Kris Bryant, the Rockies were in business as Ryan McMahon added a double to put runners on second and third with one out. On the verge of getting out of the inning, Stroman ran into some late-inning trouble with Sam Hilliard picking up his first RBIs of the season with a double.

After a Garrett Hampson walk extended the inning, Alan Trejo delivered the big blow in his first start of 2022 as his second career homer gave the Rockies a 5-3 lead and capped off that five-run fourth.

Later, one inning saw the Cubs single, Marquez, to death as a trio of singles had the bases loaded with one out. Looking for a hit to tie things up, Villar just missed a grand slam as his long flyout to center brought home another run to close the gap to 5-4. With Chris Martin now on in relief of Stroman in the fifth, the Rockies managed to get that run back as CJ Cron lined one over the center-field wall for the solo shot. That homer proved to be the game-winning run as it became a battle of the bullpens.

Throughout the early part of this season, there have been several surprising performances for the Cubs, and you have to look at Scott Effross as one of them. The sidearm righty has been rock solid in relief this season and allowed his first baserunner of the year to reach, with Bryant picking up an infield knock. Effross did his job, as did Daniel Norris, as things shifted to the ninth inning with the Cubs down a pair.

Daniel Bard was looking to knock down the save with the meat of the Cubs lineup coming up. Knowing that Bard came out firing retiring Ian Happ via the strikeout before getting Frank Schwindel to pop out for two away. Like the Rockies in the fourth, it was time for a little Cubs magic as Villar bounced one off Bard's glove and then hustled into second for the double.

With Patrick Wisdom representing the tying run, he needed a big hit, especially when you look at the start he has gotten off to. Not only did he get that hit with an RBI double, but he went 2-2 with a pair of doubles off the bench in what was a much-needed game for him. His double brought the Cubs within 6-5, but a Michael Hermosillo pop-out ended the comeback bid and secured the win for the Rockies.