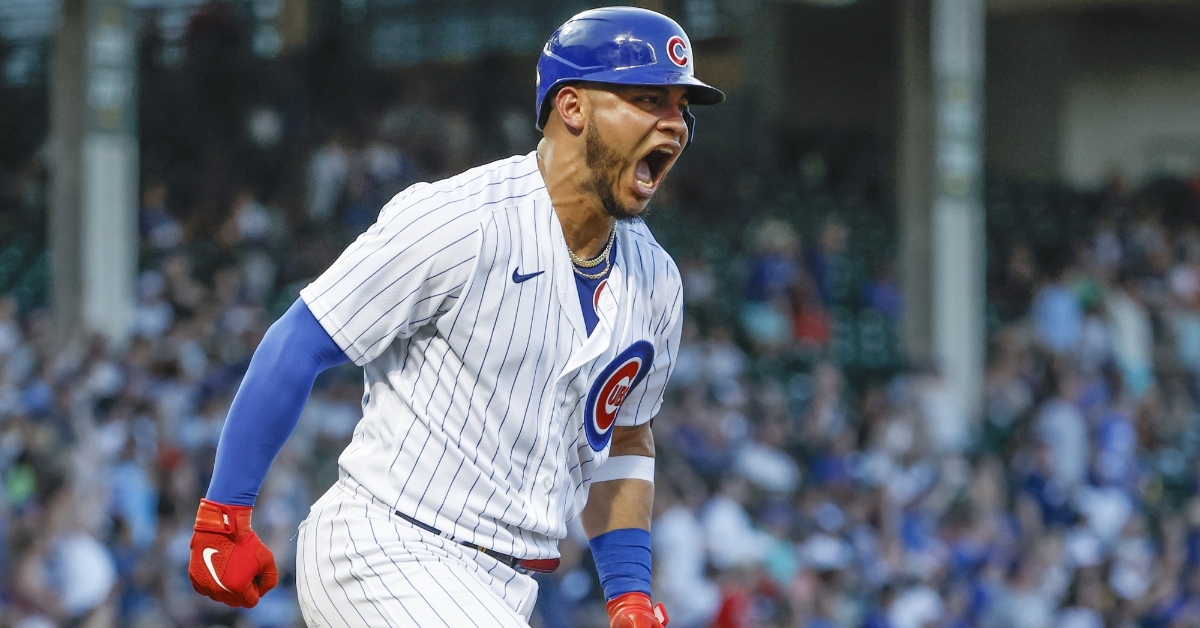 CHICAGO - At some point, you have to feel for David Ross and what he is going through. No one will ever question his love for the Chicago Cubs (23-38), but had he known what this organization would like just three years after taking the job, he may not have accepted.

Not only did this team endure losing streaks of 11 and 12 games last season, but they are in the middle of an eight-game losing streak right now after falling to the San Diego Padres (39-24) 12-5. It is not the losses that bother fans as much as how this team is losing as they have become the joke of the MLB, and the national media has been calling out Jed Hoyer and the Ricketts for putting fans through this again less than 10 years after going through another rebuild.

With the professor Kyle Hendricks on the mound making his first start in nearly a month, things were looking great as the right-hander gave the Cubs five scoreless frames to go with six punchouts. Leading 5-0 at the time of his departure, the Cubs bullpen completely imploded as they allowed 12 unanswered runs to the Padres, who managed to win the game by more runs than they were trailing.

While Hendricks looked like his old self, Sean Manaea was not on top of his game as the left-hander lasted just four innings and allowed five earned runs. A lot of that damage came off the bat of Willson Contreras as he was locked in early. Not only did Contreras take Manaea deep in the first, but he doubled down and took him deep in the third as the Cubs grabbed a 3-0 lead through three innings off the bat of Contreras.

After a first inning that saw Hendricks throw nearly 30 pitches, the right-hander settled down, tossing just over 35 pitches the next three innings as the Padres offense was doing next to nothing off him. That gave the offense plenty of confidence, with Ian Happ leading off the fourth with a single and then racing around to score on the Nico Hoerner triple to make things 4-0.

Hendricks ran into a little bit of trouble in the fifth, allowing singles to Jorge Alfaro and Jose Azucar before ending the inning without allowing any damage. The Cubs continued to keep the pressure on in the bottom half of the fifth as Frank Schwindel brought home Contreras who led the inning off with a double for his third hit.

Leading 5-0 in the fifth, things were looking good for the Cubs, who were trying to win their first game in a week. That was until Chris Martin, and the bullpen came as Marting allowed a two-run shot to Luke Voit to put the Padres on the board. An Eric Hosmer single later in the inning kept things going before RBI singles from Nomar Mazara, and Ha-Seong Kim made things 5-4 before Scott Effross was able to finish things off.

Things would only get worse for the Cubs in the seventh as they endured a nightmare of an inning. Not only did Trent Grisham and Jake Cronenworth lead the inning off with singles, but a walk to Manny Machado loaded the bases with no outs. That proved extremely costly, with Voit delivering the game-winning hit with a base clearing double off of Mychal Givens to put the Padres in front 7-5.

Walks to Hosmer and Alfaro loaded the bases again as the first six men of the inning reached base for the Padres. Make that seven for seven with Mazara singling home a pair to make things 9-5 before the Kim sacrifice fly capped off the six-run frame with the Padres leading 10-5. That was about as bad of an inning as you can have, and it just puts the icing on the cake as to how things have gone for the Cubs this season.

Eric Stout was called on to make his first major league appearance since 2019 in the eighth inning and was greeted with an Alfaro homer to make things 11-5. Grisham would add an RBI single in the ninth to cap off the scoring for the Padres as they ended the game with 12 unanswered runs, all coming in a four-inning stretch.

One of the positives was how the offense looked against a good starter combining 10 hits in the game. Contreras was a man on a mission, going 3-4 with a pair of homers, while Patrick Wisdom and Schwindel each added two hits. The Cubs also picked up a hit with RISP to go 1-6 ending a stretch that saw them go 0-55 across several games.