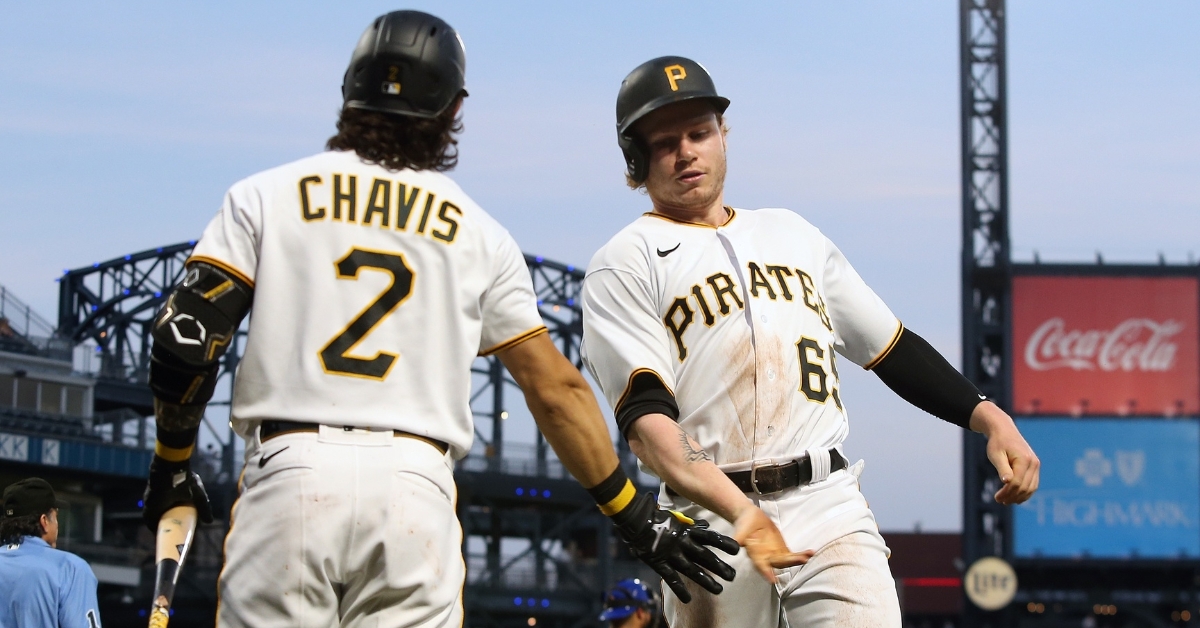 Cubs are now 3.5 games back of the Pirates (Charles LeClaire - USA Today Sports)

PITTSBURGH - At some point, you have to wonder if the Chicago Cubs (25-43) are trying to lose in hopes of landing the No. 1 pick. After getting crushed by the Pittsburgh Pirates (28-39) on Monday, the Cubs returned to PNC Park on Tuesday with the same results falling 7-1.

With another rough start from Matt Swarmer coinciding with a lack of offense, these are the results this team is going to have more often than not. After a promising first two starts to his MLB career against the Brewers and Cardinals, things have gone south in a big way for the right-hander.

I guess that happens when you are a 28-year rookie looking to make a name for himself in the show. Swarmer gave the Cubs just four innings on the mound and was charged with five runs (four earned) in another rocky outing from a Cubs starter. Had things ended right there, it would have been enough runs for the Pirates as Roansy Contreras was lights out in his five innings and picked up his second win of the season.

One thing the Cubs haven't done well with this series is scoring in the first inning, which is a category they lead major league baseball in. Granted, they have come close with Ian Happ delivering a two-out double followed by a Patrick Wisdom walk, but nothing came from it with Rafael Ortega flying out to the center-field wall.

The Pirates, on the other, have benefitted from early scoring, and they were on the move yet again on Tuesday. Bryan Hayes couldn't have asked for a better start as he led things off with an RBI triple. Bryan Reynolds followed that up with a sacrifice fly as the Pirates led 1-0 two batters into the game.

Pittsburgh continued to build on their lead in the second inning, with Michael Perez taking Swarmer deep for the 2-0 lead. After wasting a Christopher Morel double in the top of the third, things only got worse for the Cubs with Swarmer looking like the 2021 version of himself as opposed to the 2022 version that saw him earn the callup after a strong showing with AAA Iowa.

With one down in the bottom of the third, Reynolds reached base with a single before the Jack Suwinski walk moved him into scoring position. Daniel Vogelbach followed that with a single of his own, extending the Pirates lead to 3-0. The Pirates were not quite done as Oneil Cruz added an RBI single before a throwing error by Willson Contreras allowed for another run to score as the Cubs were trailing 5-0.

It took four innings for the Cubs to get on the board as Wisdom unloaded for his 13th homer of the season, launching one 461 feet to dead center. However, when that is your only run of the night, it is hard to win games, and that has been the case for the Cubs across their last three games.

Following Swarmer's departure after four innings, Brandon Hughes was the first out of the pen and was greeted with an RBI double off the bat of Vogelbach to make things 6-1. With Mark Leiter Jr entering the game in the sixth, it was time for the other phenom to make some noise as Bligh Madris continued his fantastic series with a homer to right-center and extended the lead to 7-1.

Apart from that homer, Leiter Jr was very good out of the pen as he replaced Caleb Killian on the roster. Despite the Cubs offense having an overall rough night, Wisdom was not one of those guys as he added a late-game double to his solo home run and reached base with a walk. Even with that double setting things up for the offense, the Cubs were unable to cash in as they have now been outscored 19-2 in this series following a 7-1 defeat.

Along with Wisdom and his two-hit day was Jason Heyward, who added two hits of his own. This Heyward situation continues to be an enigma as to why he is not only on this roster, but why he continues to get everyday starts. When you consider that Nelson Velazquez was just called up, why not see what the kid has instead of playing Heyward? This is something to watch as the season continues, and it shouldn't be a surprise to see the Cubs in the position they are in right now because of it.